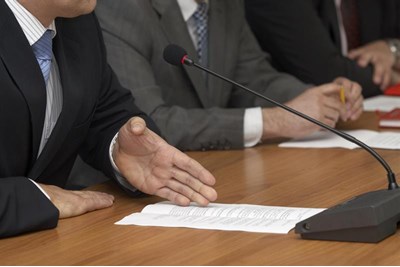 Despite increased efforts to champion D&I, research finds that many minority groups still feel underrepresented in decision-making processes at work

Less than half (47%) of BAME women feel included in company decision-making, according to global research from feedback and analytics platform Culture Amp.

Its Workplace Diversity, Inclusion and Intersectonality report, which polled 34,634 employees around the world, found a similar feeling of exclusion exists among LBT+ women, with just over half (52%) saying they feel included in decision-making.

When asked about diversity and inclusion at work there were significant gaps between the perceptions different groups had.

The survey also found that there are almost twice as many partnered men with children than women in the workplace (13% and 6% respectively) while the proportion of men to women with no children is almost equal (21% versus 24%).

This supports the argument that new mothers with professional careers don’t return to work after having children because they believe companies won’t accommodate their needs, researchers said.

However, two-thirds (66%) of partnered parents think that perspectives like theirs are included in company decision-making compared to 59% of employees with no children. Yet this fell to 56% among single parents.

Jess Brook, senior people scientist at Culture Amp, told HR magazine that there needs to be a greater focus on inclusion, rather than just diversity, in the workplace.

"We need to make sure that inclusion is just as much part of your agenda as diversity is. This isn't just about people in senior roles, it's about including people in decisions when they enter the workforce. You need to look carefully at the cultural aspect to make sure they do feel included in decisions," she said.

"They don't need to be about major strategic choices – it could be about everyday things in your office, and allowing people to feel they’ve contributed to their own experience at work. It’s about making sure that people can feel comfortable using their voice at work without fear of the consequences."

Collecting better data and improving transparency can help shift the dial, Brook added: “Organisations need to address the data deficit they have on their people.

"That means knowing about your people in order to meet D&I targets, but it’s also about collecting experiences so you can understand the issues employees face around decision-making at work and create an action plan based on that.

"We also recommend that employers focus on small wins so they can implement diversity and inclusion at work every day. This can include being more transparent around pay and progression, and networking at work, to make it easier for people of different organisational levels to communicate."