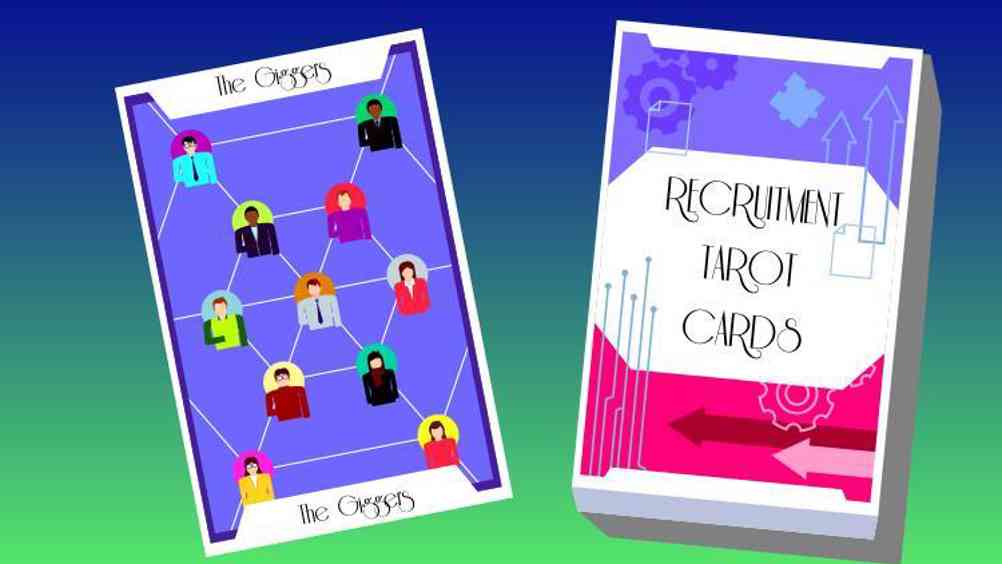 Are we close to a time when the traditional employee will no longer make up the bulk of our workforce? Today, says Leena Nair, chief human resources officer at Unilever, every company’s value chain comprises not just its own employees but millions of others including gig workers, contingent workers, partner employees and more. So in short: yes.

Research points to a growing alternative workforce, particularly in relation to Millennials ‘opting out’ of the traditional routine. In the words of Deloitte’s Kelly Monahan, Jeff Schwartz and Tiffany Schleeter, writing in an article titled ‘Decoding millennials in the gig economy’: ‘As people consider new forms of employment, many organisations are turning toward the growing alternative workforce segment and seeking to hire more workers off their balance sheets as part of a workforce ecosystem.’

Increasing human longevity is also having an impact on the overall make-up of the workforce. “Employees need the ability to go in and out of the traditional employee lifecycle, moving from the usual part-time and full-time arrangements to more fluid ones that allow them the flexibility of committing more sporadically while also making time for family, reskilling, the pursuit of a purpose or personal passion, and so on,” says Nair.

In fact, according to the World Economic Forum, it’s not impossible to imagine a Fortune 500 company with an employee base that works entirely at home. As Jeff Schwartz, Deloitte’s global leader for human capital marketing, eminence and brand, says, businesses today expect agility, scale and the right skills on demand. “These new business and talent models look less like integrated factories and companies and more like highly orchestrated networks and ecosystems with a multitude of approaches to mobilising, orchestrating and engaging talent, skills, leaders and ideas,” he explains.

Companies that embrace the gig economy have a competitive advantage over those that don’t, says Diane Mulcahy, author of The Gig Economy and a consultant to Fortune 500 firms.

“Businesses that are open to incorporating independent workers into their workforce are better positioned to recruit the talent they need, build a more productive workforce, and create a corporate culture focused on performance. They are less likely to have persistently unfilled positions, and more likely to secure the expertise and skills they need to execute their strategy,” she says.

So how do recruiters tap into these on-demand workers, freelancers, independent contractors and consultants? “We need to completely reinvent the way we acquire talent – strategically, quickly, completely,” says Sjoerd Gehring, global VP of talent acquisition and people experience at Johnson & Johnson.

Chris Rowe, global HR practice lead at Leathwaite, adds: “As the world increasingly embraces the agile concept and methodology of working, companies will define the problem and the capabilities required, then build easily collapsible people structures around this, that will exist until the work is done.

“Building rigid hierarchies with fixed corporate titles does not necessarily lend itself to this, so we will see companies establish on-demand talent pools internally and externally to draw on those capabilities as the need arises. As such this will drastically reduce the recruiting cycle and will require a better recruiting process and technology in order to meet the demands of the business.”

Increasingly organisations are turning to online platforms to connect with millions of freelancers across the world. Between 2016 and 2017, there was a 26% increase in the number of projects sourced via these platforms, says a report from the Oxford Internet Institute at Oxford University (Platform Sourcing: How Fortune 500 Firms are Adopting Online Freelancing Platforms), with popular categories of work being software development, design and creative, and writing.

But sourcing from platforms disrupts traditional recruitment practices. Mulcahy suggests organisations start by experimenting with hiring independent workers for specific projects. If that works well, they should then scale the use of independent talent to create a blended workforce, which requires a strategy to efficiently find, hire and manage independent workers, as well as integrate them into existing HR, recruiting and onboarding processes.

When people work in many roles, or may even be an employee with a side hustle, taking a search technology approach focusing on a person’s job title and keywords is limiting. Instead, clever algorithms are increasingly being used to match people with available work based on skills and desires, similar to dating sites.

Not-for-profit organisation YMCA recently revitalised its brand in the US but didn’t have the resource internally to deliver this. It turned to staffing company Aquent, which specialises in creatives, to recruit a curated team of freelancers available for longer-term work, including designers, project managers and production artists. Aquent provides an online talent management portal, where companies can access pools of freelance talent, schedule interviews, process payments and rate performance. YMCA accessed a group of ‘permalancers’, freelancers who could be engaged repeatedly over time, in some cases up to four years.

Build your own network

PwC launched its Flexible Talent Network in August 2018 to give people the opportunity to work for the firm without being tied into a full-time contract and standard working hours. People apply to the network by outlining the skills they have and the working pattern that best works for them. PwC will then match people in the network with relevant projects. The firm mutually agrees a contract in advance, including a number of days that suits the person’s lifestyle and eligibility for holiday pay, sick pay, pension and a bonus. PwC says more than 2,000 people registered for the network in the first two weeks.

“People in the network will get to spend their year their way, whether it’s because of caring commitments, entrepreneurs supplementing their income, people who want to travel or simply not work all of the year,” says chief people officer Laura Hinton. “Offering flexibility in how people work throughout the year is not only good for workers, but also for business, the economy and ultimately society. We’re likely to see a rise in people transitioning in and out of work throughout their careers, and those organisations that responsibly support their people to do this will ultimately gain a competitive advantage.”

The Washington Post launched its talent network platform back in 2015 to enable freelancers across the world to cover breaking news and to pitch and create stories online and in print. All freelance assignments are managed through the system, which features freelancer profiles, detailing professional experience and expertise and including: work samples; story pitching; assignment posting – letting freelancers consider stories The Post wants to pursue; and location tracking – ensuring editors know freelancers’ primary work locations, allowing quick deployment for breaking news.

Recruiters will need to identify the communities where gig workers hang out. There are freelance platforms catering for many specific types of workers which act as ‘shop windows’ for the worker, such as Upwork or PeoplePerHour, but also as places where they exchange ideas, such as work hubs. Don’t just think local – these workers will want to communicate with you in their time zone. As most people in the gig economy work remotely, they are unlikely to participate in traditional face-to-face workplace interviews.

Samsung, which has a head of on-demand talent, recruits from an online platform for speed and flexibility. It started the process by contacting a platform provider to learn more and about how
it could sit with Samsung’s established sourcing processes. It ran a three-month pilot involving 13 teams across software development, finance, accounting and human resources.

To generate comparable experiences and outcomes, the groups used the platform for relatively small, low-risk engagements that varied in duration between two days and two weeks.

Divide work and take time on the brief

As gig workers are brought into the organisation temporarily, recruiters will need to speed up their processes, getting candidates through quickly to meet the demands of the business. The Oxford Internet Institute study found that hiring freelancers through a platform took two to four days on average, compared with six to eight weeks through an agency.

The key is for the employer to understand how to divide work into concrete tasks and how to align internal and external workflows and outcomes. More time may be needed upfront to properly specify the requirements, but once that is done, the outcomes are likely to be achieved faster. Participants in the study suggested that work sourced through platforms is completed and delivered faster, with one company noting that a software development project that would have taken a year to complete with its agency was completed through the platform within six months.

Gig economy workers can bring flexibility, innovation and diversity to the business. But recruiting such workers is at an early stage for large organisations. It is important to consider whether you want to use such workers to alleviate local pain points, complement existing teams on an on-demand basis, or whether there is a bigger, strategic benefit to accessing people with a wider view of the working world, for example for innovation. Whichever it is, organisations will have to learn how to recruit and manage gig workers. It’s time to start experimenting. 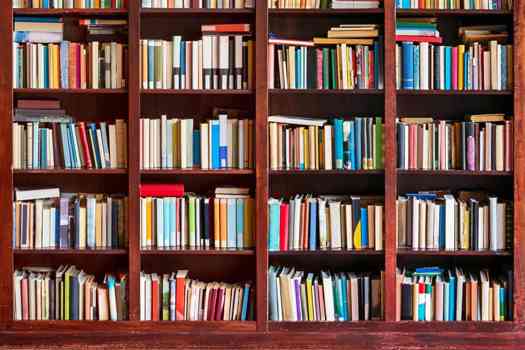 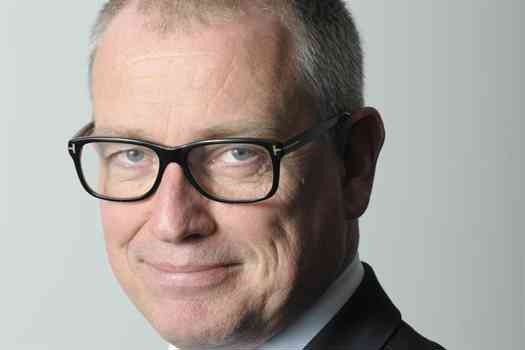