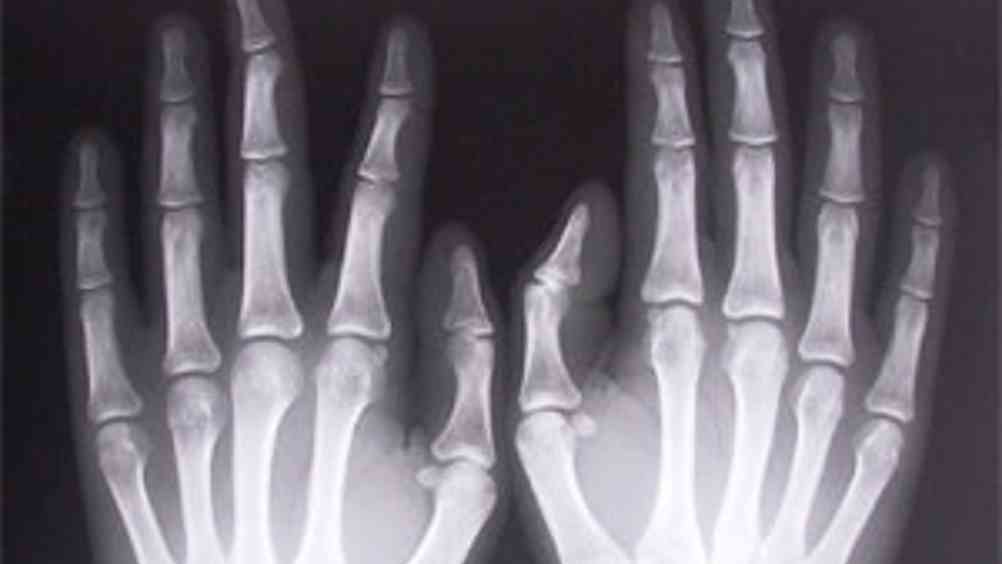 Figures vary on the price tag of staff absence but, based on an average salary of £25,000 a year, UK employers are left with an annual bill of at least £32 billion, although some estimations put it as high as £100 billion.

The CIPD suggests fewer than half of employers monitor the cost of sickness absence, but employment relations minister Ed Davey says management of non-attendance helps individuals, employers and the economy. "It could improve productivity, boost growth and mean more people no longer have to rely on taxpayer handouts," he explains.

The cost of absence to business has prompted Government to commission a review into what has become a hot topic for politicians. This follows Dame Carol Black's 2008 report, Working for a Healthier Tomorrow.

As former national director for health and work, this time Black is working with British Chambers of Commerce director-general David Frost on a review sponsored by the departments for work and pensions and for business innovation and skills.

Black's 2008 study left employers frustrated. It was criticised for not being radical enough and for including recommendations many employers already implement, such as return-to-work interviews.

The introduction of the 'fit note' last April was welcomed, but GPs lack confidence in the system and need to work closer with employers. Only then would they really know if someone could return to work, albeit with adjustments made in the workplace.

The highest levels of absence are in the public sector, where occupational sick pay is more generous than in many private firms. The CIPD points out public organisations are more likely to introduce wellbeing initiatives to promote good health.

The CBI's Absence and Workplace Health Survey 2011 reveals minor illnesses remain the most common reason why people stay home; but long-term absence accounts for nearly a third (32%) of lost working time. This can relate to stress, anxiety and depression, while musculoskeletal disorders are the second most common reason for long-term sickness, especially among manual workers, followed by chronic back pain.

What can sometimes be underestimated is the effect sickness has on productivity, if people come to work ill.

Some 72% of CBI respondents reported non-work-related ill-health had an adverse effect on staff performance and productivity.

Raimonda Kiausaite, HR manager at serviced apartment provider SilverDoor, says recession demonstrated the impact absence can have on businesses. She hopes the latest review will result in more help for SMEs.

SilverDoor's own absence rate is a respectable 1.9 days per employee, a statistic helped by the introduction of a bonus scheme, which pays all 45 staff £150 a month if they not only come to work every day, but arrive on time.

The CIPD says, as well as return-to-work interviews, firms need trigger mechanisms to review attendance and have stronger options to discipline workers for unacceptable absence. For this to happen, line managers need the skills and responsibility to manage this area effectively.

This is especially true when considering the sensitive issue of mental health.

Mental health charity Mind says workers who admit to line managers that they feel stressed or depressed fear being sacked. Mind surveyed 2,000 staff and found that work is the most stressful thing in people's lives.

Debbie Lombard, HR and organisation development director at specialist payments company VocaLink, admits her organisation can be a high-pressure workplace for its 750 staff. The company is owned by the banks, but is a commercial organisation.

"We run workshops for managers on mental health and if stress is reported on a return-to-work form, an HR business partner will talk to the manager about how to talk to with that employee," explains Lombard.

Health insurer Aviva UK Health's head of clinical development, Doug Wright, says HR professionals would find additional training to boost their medical knowledge of mental illness helpful, so they can assist managers. "There is still a stigma around mental illness. Often, people will not tell their doctor they are stressed or depressed, but disguise their condition as a physical illness," he says.

Meanwhile, Aviva is lobbying for more corporate incentives from the Government to reward employers who invest in workplace health and rehabilitation services, including income protection schemes.

Income protection provider Unum is backing a proposal by independent thinktank Demos for the Government to incentivise the take-up of income protection. Unum claims an employer carrot could cut £2.2 billion a year from the welfare budget.

"We want the Government to do more as welfare reform comes into play and benefits shrink. We want a National Insurance rebate of £100 per person for employers that provide their staff with income protection," says Joy Reymond, Unum head of rehabilitation and health management services.

PwC research shows employees in the UK take twice as much time off sick as workers in the US, but the legal position on managing sickness absence remains complex for employers and politicians who are looking to encourage better attendance.

And there are questions around unfair dismissal and the danger of breaching the Disability Discrimination Act (DDA) and 2010's Equality Act.

The law defines a person as disabled if they have a physical or mental impairment that has a substantial and long-term adverse effect on their ability to carry out normal day-to-day activities such as reading, writing, using the telephone, having a conversation or travelling by public transport. Employers must rightly treat disabled job seekers and disabled employees fairly to avoid discrimination, victimisation and harassment claims.

Peter Schofield, director of employment law at law firm Ellis Whittam, says the key for employers is to set targets for absence and to manage everything in accordance with those targets and the law. "This is not about dragging sick people back into the workforce, but making the most of medical advice so employers can make adjustments, and working with GPs to be clear on what someone is capable of doing within their particular area of employment," he says.

Retailer Boots has reduced absence in stores from 4% to 2.5% in two years by helping line managers create an environment in which staff are enthusiastic about working.

Employees with a 100% attendance record also receive £50-worth of Boots Advantage card points.

"We employ 70,000 people in our shops and any absence has a big impact, because staff who should be in front of customers have to fill other roles," says Stephen Lehane, group HR and corporate affairs director at parent company Alliance Boots. "We don't want the walking wounded and ill working in what is a healthcare environment, but it is important to have incentives in place to recognise good attendance."

Lehane wants managers to monitor absence at a local level. They have access to e-learning materials and a telephone helpline at head office, while the company's divisional teams attend a National Absence Forum where they debate how to re-deploy staff on longer term sick leave.

Some organisations have had to work harder than others to tackle absence.

Graduate Prospects, the graduate careers support service, lost 1,031 working days over a six-month period in 2004 , despite having only 120 staff. Zoe Mitchell uncovered the size of the problem when she joined as HR director that summer.

"There was a lot of public sector thinking where people believed because they got paid six months' sick pay they should take time off," she says. "Productivity was suffering because there was no consistency in the teams and the people working with those who were off sick became de-motivated."

The changes she made included ensuring employees telephoned the HR team rather than their line manager and installing a system that flags up trends when someone is continually absent or away on the same day each month.

Non-attendance levels in each department are tracked, so managers can see how their teams compare with other staff. The result: Graduate Prospects lost only 276 days in 2010 - a marked improvement.

The Government's determination to tackle sickness could see demand for online absence management tools soar as companies do more to evaluate the impact health has on performance and productivity.

Health consultancy Vielife has a web-based platform that measuring absence rates based on different health factors. It analyses health risks, such as smoking or weight, and the number of absences recorded.

"Suppose you have 1,000 employees and 25% are taking 10 days' absence a year. The other 75% are taking three days' absence. This is a difference of seven days' additional absence for 250 people - this equates to 1,750 extra days absence," says Vielife product director, Jessica Colling.

Outsourcer Capita helps large and small employers reduce absence through its FirstAssist division. Business development manager Kathy Cox says employers need to discover what their particular absence problem is and where in the organisation it exists. She urges early intervention, because once an employee has been off work for more than six months, there is only a 50% chance of getting them back to work.

But while politicians will not be able to reduce the burden of sickness absence on business on their own, employers can only hope the latest review is radical enough to engage both them and their staff.

The Government's latest initiative to tackle sickness absence was announced in February. Politicians have claimed working age ill-health could be costing the economy up to £100 billion a year.

The CBI says the average number of days' absence per employee is 6.5 per annum, although the gap between the best and worst company performers is 16.6 days. The average for SMEs is 5 days.

Line managers receive advice on dealing with non-attendance during leadership training and are told to work closely with the firm's 27 occupational health advisors (OHAs).

Sally Ann-Castle, John Lewis's talent and succession manager, says the target for absence this year is 3.5%, but she admits it can vary from year to year and between business units.

"You have to be proactive about getting people to work - and back to work - so we measure engagement with a partner survey held in every branch and in different departments within each branch," she says. "It used to be personnel rather than the line managers who were responsible for absence management. Putting more of the onus on the managers has made a big difference, because they have the day-to-day relationship with the partners."

The company has been up-skilling managers on mental illness and produced a practical guide for managing and supporting people with mental health problems. Some line managers are undertaking mental health first aid training, so they can react early to any signs people are suffering from conditions such as stress. 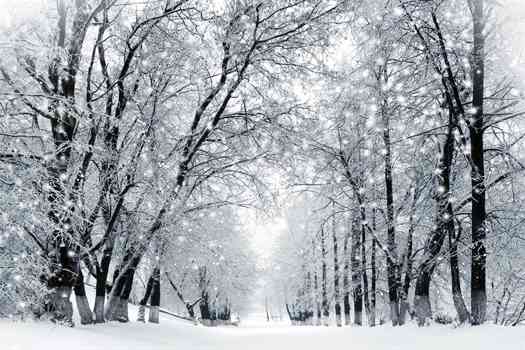 What employers can do about bad weather absence 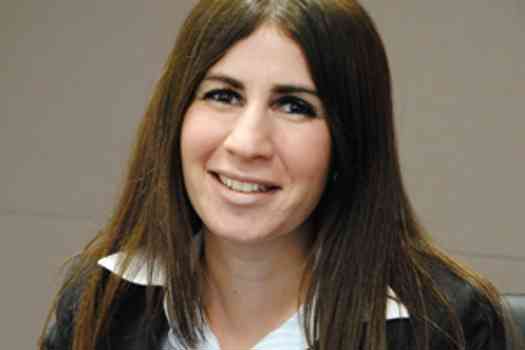 How employers can manage stress in the workplace 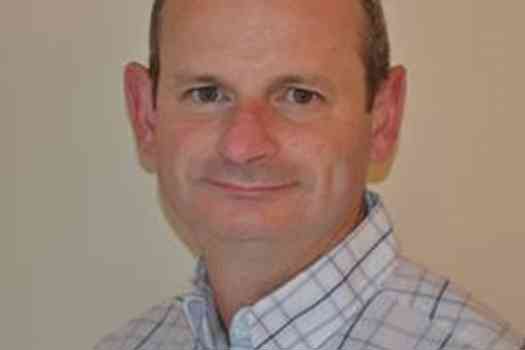 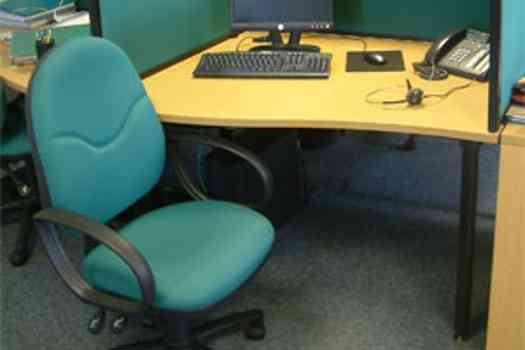 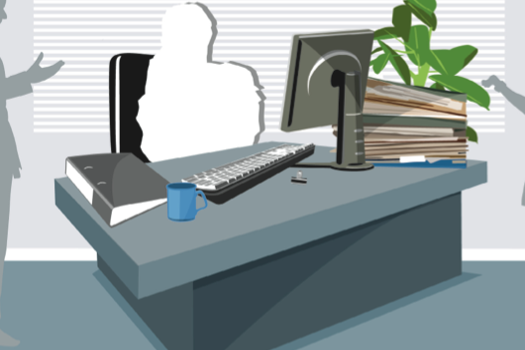