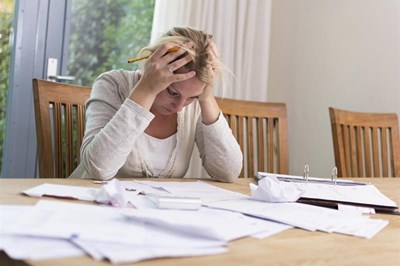 RSA calls for a '21st-century safety net' for jobs, as research finds workers are feeling increasingly insecure about their incomes

Workers are more anxious about their incomes and financial security than they were two years ago, according to the Royal Society for the Encouragement of Arts, Manufactures and Commerce (RSA).

The Populus survey, which polled 2,048 UK adults, found that three-quarters (73%) of British workers are concerned about the cost of living outstripping pay.

Employees also reported increased financial worries compared to 2017, with almost a third (30%) saying their jobs don't provide them with enough money to maintain a decent standard of living, up from 26% in 2017. Employees are also concerned about their future finances, with almost half (45%) saying they don’t expect to have enough money in private pensions and other savings to maintain a decent standard of living in retirement.

Additionally, 59% of all workers would struggle to pay an unexpected bill of £500, the research found.

Financial resilience appeared lower for those in ‘non-standard’ employment such as zero-hour contracts than those in typical or self employment. Almost half (44%) of non-typical workers said they would struggle to pay an unexpected bill of just £100, meaning this group could fare especially poorly during a financial 'shock,' such as from automation, a recession or Brexit, researchers said. This compared to 29% of self-employed workers who said the same, and 36% of typical workers.

Overall, retraining was cited as the support that would benefit workers most, backed by 27%. For non-typical workers the most popular support cited was a contract with guaranteed hours (34%).

By contrast the current welfare state is too reliant on moving people into low-paid, low-quality jobs, rather than retraining, stronger worker voice or modernising social security for the gig economy, the report warned. It called for a '21st-century safety net', with the government taking an active, coordinating role in helping those on all income levels, alongside civil society, unions, employers and businesses.

Fabian Wallace-Stephens, senior researcher at the RSA, said that there must be a coordinated effort to end in-work poverty and insecurity among workers. “More people are in a job than ever, but below the surface of record employment figures, increasingly we are seeing the link between hard work and fair pay collapse; work alone is no longer a route out of poverty," he said.

“This could not come at a worse time for millions of families amid Brexit uncertainty, the potential for another a recession and the increasing prospect of automation of many routine roles."

Wallace-Stephens added that economic insecurity is no longer just confined to those on low incomes. "Many of those ‘just managing’ are a financial shock away from failing to pay rent or pay a childcare bill, while even people on higher incomes fear the grinding effect of inflation, flatlining pay and falling living standards," he said.

“Neither the labour market nor the welfare state alone can turn automation from a problem to an opportunity for workers. We need to see government creating the framework for employers, civil society, unions, social enterprises and digital start-ups to provide more help, including retraining and income support, while legislating for stronger rights for workers and a genuine living wage.”

Matthew Taylor, chief executive of the RSA, said the research proved that economic insecurity continues to be an issue in the UK.

“This report shows that levels of precarity in the economy are still rising amid a backdrop of wider economic uncertainty. Individuals, particularly the self-employed, gig economy workers and those on zero-hours contracts, are suffering from unevenly distributed pay and a lack of clarity on their employment rights. That 59% of people cannot afford an unexpected bill of £500 shows that more can be done to improve the financial situation of many in this country,” he said.

Taylor added that the new UK government must carry on the work started by the last administration in addressing these issues: “The previous government committed to carrying forward the recommendations of the Taylor Review of Modern Working Practices – a new day-one statement of rights, the right to request a more stable and predictable contract after 12 months, and the closure of the legal loophole that lets employers pay agency workers less than employed staff, ‘the Swedish Derogation’.”

The RSA has partnered with Mastercard to explore the potential of digital start-ups to decrease volatile pay and increase knowledge of workers' rights among employees. These start-ups include Bob Emploi, an AI advisor which can draw on labour market data to offer coaching to those who may be at risk of underemployment, and Trezeo, an app which helps level out fluctuating incomes for gig workers between pay checks.

Payal Dalal, vice president of global programs at Mastercard Center for Inclusive Growth, said: “We’re interested to see how new business practices can begin to deal with these economic problems. Start-ups are beginning to rise to this challenge, and we’re excited by new, technology-led developments which are beginning to provide solutions to these deep-rooted issues.”