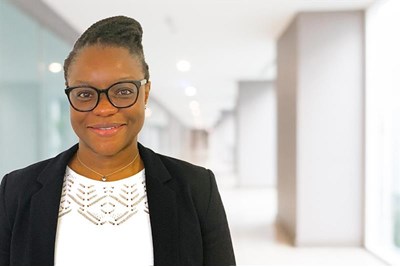 zero-hour contracts should be seen as a way of not treating employees fairly or correctly but they should be used when both employees and employers require flexibility. Not everyone wants to work in ...

Employers across the economy are contending with workforce and operational challenges at a scale unknown in our lifetime.

Given the uncertainty that remains - when will lockdown be over, when will the pandemic wane, when will travel restrictions be lifted – employer decision-making now centres on pragmatism and business survival.

It’s a shift in priorities that’s seeing businesses look to engage workers on terms that allow for greater agility and flexibility to take their businesses through the crisis and beyond.

Employers may be reviewing the number of employees they have on permanent contracts to determine if they are required on such terms.

Ordinarily, those already on permanent full-time or indeed part-time contracts would be unlikely to agree to a variation to terms more detrimental to their earnings. Yet the current economic challenges and decline in labour market opportunities are forcing people to take whatever is being put on the table.

In extreme cases, such as the pandemic is wilfully presenting, the employer may have to move to terminate employment where a variation agreement cannot be reached, but even then the question becomes whether the employee can bring a wrongful dismissal claim. It has become a legal minefield as employers try to meet their responsibilities and keep their businesses going.

For employers emerging from restructuring or those on recruitment drives alike, the suitability of the permanent employment contract is being put into question, and whether it offers employers the most commercially-viable basis for employment given current and future challenges.

Are the responsibilities under the permanent contract too onerous on employers in these times of crisis? Are there alternatives that allow employers to respond to market and environmental changes while complying with their legal obligations?

Three per cent of the UK workforce were reported to have a zero-hours contract between October and December 2019, according to ONS figures.

In response to current challenges, we may see more employers considering zero-hours contracts for a broader range of roles as a flexible alternative to permanent contracts where they are unable to plan or guarantee specific working hours.

But it remains a problematic and changeable area of employment law. Typically the preserve of casual worker roles in sectors such as food, leisure, transport, care, retail and agriculture, increasing employer proclivity towards zero-hours arrangements in recent years has been met with enhancements in employment rights and legal protections for those employed under such contracts.

A succession of tribunal rulings were found in favour of gig economy workers against employers such as UBER, CitySprint, Deliveroo, Pimlico Plumbing and Addison Lee. Legislation has also strengthened the legal position of zero-hours contract workers, such as in relation to holiday entitlement and also permitting zero-hours workers to take concurrent employment elsewhere, even where there is a contractual term prohibiting this.

The government’s position towards zero-hours workers has continued in this vein during the pandemic, with protection awarded under its crisis measures even when a zero-hours worker is not actually ‘booked in’ to work any shifts over the coming months.

Employers considering zero-hours contracts will therefore need to be aware of the obligations that arise under such contracts and that this is an area of continued development as zero-hours employment rights and protections are brought closer to those of workers with guaranteed working hours.

Employers may also look to make greater use of fixed term contracts (FTCs), since these can be reviewed and allow a degree of workforce flexibility.

Under normal circumstances, restructuring to the point where most or all employees are self-employed would likely risk employees going elsewhere in favour of permanent employment, even if on a part-time basis. However, this may no longer present such a threat where there is reduced availability of permanent contracts as a whole in the market.

Suitability of FTCs will also depend on the nature of the role and sector. In the corporate world, for example, the use of contractors and consultants may carry a higher cost in terms of day rates, but there are no employment rights for the business to be concerned with, provided employment status is maintained. Postponed changes to the IR35 tax rules should also be a consideration here since contractors in the private sector will, under government plans, be caught by this tax regime in the near future.

Workforce planning in a crisis

While permanent contracts have traditionally been a given in many parts of the economy, and used routinely to attract and retain top talent, the current crisis is precipitating a move towards more short-term and flexible contractual arrangements.

For employers, the imperative is to make decisions now that will support future business survival. Yet while the pandemic has in many ways up-ended standard thinking and practice, employment law and workers’ rights have to remain a key consideration in workforce planning and management.

Paida Dube is an employment law solicitor at DavidsonMorris.

zero-hour contracts should be seen as a way of not treating employees fairly or correctly but they should be used when both employees and employers require flexibility. Not everyone wants to work in a traditional pattern i.e. 9to5 some need the flexibility to fit around child care, hobbies and other life commitments whilst some employers need to flex their workforce to meet demand.