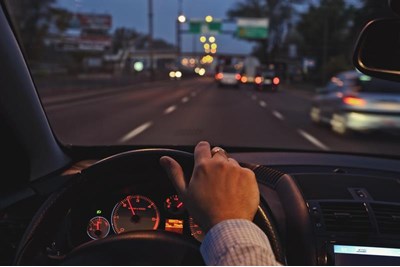 ​Uber has lost an appeal against a decision that its drivers should be treated as workers rather than self-employed, in a landmark gig economy ruling

The Court of Appeal upheld a decision by the employment appeal tribunal, which last year dismissed Uber’s appeal against an earlier tribunal ruling. Under the ruling drivers are entitled to basic rights such as holiday pay and the minimum wage.

Uber said it will appeal to the Supreme Court, adding that the decision does not reflect why the "vast majority" of drivers use its app. It pointed out that one of the three judges agreed with its argument.

"This decision was not unanimous and does not reflect the reasons the vast majority of drivers choose to use the Uber app," an Uber spokesperson said.

"Almost all taxi and private hire drivers have been self-employed for decades, long before our app existed. Drivers who use the Uber app make more than the London Living Wage and want to keep the freedom to choose if, when and where they drive. If drivers were classified as workers they would inevitably lose some of the freedom and flexibility that comes with being their own boss."

Unions have welcomed the result, however. Tim Roache, general secretary of the GMB, said: “We’re now at a hat-trick of judgements against Uber. It keeps appealing and keeps losing. Uber should accept the verdict and stop trying to find loopholes that deprive people of their hard-won rights and pay.”

"You can see why Uber is going to such lengths to reach a decision that goes the company’s way," commented Sue Tumelty, founder and executive director of The HR Dept. "It has been reported that entitlements could be as much as £20,000 per driver, and with 45,000 drivers in London alone the final resolution of this case will have a major impact on the company’s bottom line."

Tumelty said the result would have significant ramifications for others working in the gig economy. "Uber's argument has been that the arrangement it has with its drivers is 'typical of the private hire industry'," she told HR magazine. "This assertion suggests that its practices are not uncommon for the gig economy. So the result of the Court of Appeal hearing sets a precedent that will have major implications for future cases concerning the gig economy – it follows similar verdicts from the Pimlico Plumbers and Addison Lee cases."

Seb Maley, CEO at contractor tax adviser Qdos, agreed: "For the rising number of gig economy workers in the UK today's ruling could set a precedent for all individuals working this way. In many cases Uber drivers and Deliveroo riders, for example, need greater protection and should be entitled to rights.”

He warned, however, that legislators must proceed with caution so they don’t stymie the empowering end of gig working. “However, not all flexible and self-employed workers require protection,” he said. “For example, there is a distinct difference between the needs of a gig economy worker and an independent contractor, which must be considered as the government extends employment rights.

"When operating outside IR35 contractors, by and large, do not want employment rights and do not consider themselves vulnerable workers."

The judgment comes days after the government published its Good Work Plan, in which it promised to review and clarify the tests around employment status, as suggested by chief executive of the Royal Society for the Encouragement of Arts, Manufactures and Commerce (RSA), Matthew Taylor, last year in his review into modern employment practices practices.

Taylor also sounded a note of caution about the Uber verdict. “Today’s judgment is welcome in that it swings the pendulum in favour of workers – but there are important points to note," he said. “In practical terms Uber may take this to the Supreme Court, on the basis this was not a unanimous verdict. It could also look to offer its drivers more generous 'benefits', so it can argue it is mitigating the issues raised relating to sickness or paternity rights."

He explained that rather than a stream of such cases being dealt with by the legal system what's needed is an overhaul at regulatory and policy level; to preserve flexibility for those who want it. “More substantially, while unions are no doubt happy Uber could well decide the only way it can pay a National Minimum Wage is by moving to a shift system – some will welcome this certainty but many may think this undermines the flexibility to work on-demand that initially attracted them to Uber," he said."

“And if Inland Revenue starts taking a closer look at the accounts of these new 'workers' some Uber drivers may find themselves worse off after paying higher levels of tax than today.

“The key point is that rather than constantly referring these decisions to the courts we need to overhaul our tax and benefit system for the 21st century. The changes outlined this week by the government in response to my employment review are a good starting point for this.”