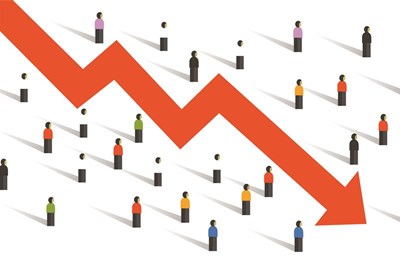 All the current analysis of the decline in productivity that I have read seem to miss something that is all too obvious to anyone spending anytime in the engine rooms of our large traditional ...

Annual growth in economic output per hour of work fell to 0.2% in the three months to September 2018, down from 1.6% in the second quarter of 2018 and marking the weakest period since the third quarter of 2016, according to the Office for National Statistics (ONS).

This latest snapshot highlights the ongoing issues with UK productivity since the financial crisis in 2008. While employment has grown to record levels, with unemployment at its lowest rate since the mid-1970s, the rate of productivity growth languishes at about one-tenth of the average observed before the crash.

Economists have argued that growth has been slow because many of the jobs created since the financial crisis have been in low-paid sectors where productivity is limited. The UK also has a poor track record for investing in technology, skills and training that could lift the growth rate.

Cary Cooper, professor of organisational psychology at the University of Manchester, told HR magazine that low levels of productivity are partially due to uncertainty among business leaders.

“We’ve seen in the past that in times of economic uncertainty productivity does not always automatically go down. It usually temporarily rises, as redundancies mean that people are motivated to push themselves harder, though this isn’t sustainable,” he said.

“The difference here is that the uncertainty surrounding Brexit, particularly for the manufacturing and engineering sectors, is making it very difficult for business leaders to plan what’s next, and people are fed up.”

It is therefore more crucial than ever that managers are equipped to tackle productivity issues, Cooper added: “In times of economic uncertainty it’s important to have managers with strong emotional intelligence who will be able to motivate employees through praise, reward and excellent social skills. The government will push for the right technology and equipment, but that won’t work to fix the productivity crisis without the right management in place.”

“While the recent return to real-term pay rises will be welcomed by employees, this has contributed to a rise in labour costs – already the largest cost facing most businesses in the UK. In the absence of much-needed productivity growth this will likely result in inflation,” he said.

“To guarantee sustainable growth for businesses and wage rises for workers productivity must rise. A growing body of evidence, including from the ONS, underlines the important role that effective people management practices have in boosting workplace productivity. The government and employers need to heed this and place more focus on improving people management practices.”

This new data comes after chancellor Philip Hammond announced in October 2018 that he would be investing in management programmes to boost productivity.

All the current analysis of the decline in productivity that I have read seem to miss something that is all too obvious to anyone spending anytime in the engine rooms of our large traditional businesses - across all sectors. People's time and energy is being hugely squandered, not so much by a lack of management skill although this is clearly one issue, but by levels of leadership behaviour that is too frequently driven by anxiety, distrust, insecurity and expediency. The net result is environments of low psychological safety in which keeping one's head down and trying little is the best survival mechanism. Our client data and experience shows this to be straightforwardly reversible, wherever and whenever an organisation desire for productivity and sustainable performance can exceed its short term anxiety about actually leaning into these issues. There is much unhelpful practice to 'let go of' in order to get out of the way of our people's motivation and productivity, and new ways in which organisations need outthink about their relationships with their people - beyond the simple expediency of gig-economy thinking.