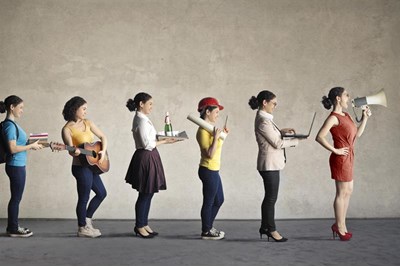 A new report by AON, Gig Economy: Financial Security of Greater Control, found 18% of HRDs believed 75% or more of their workforce will be made up of contractors by 2025.

Alongside traditional B2B gig workers the report found an increase in B2C workers connecting customers to products and services, such as Amazon, Deliveroo and Airbnb.

Fifty-four per cent of the 300 gig workers interviewed said they felt worried for their financial future.

The tech sector had the most competition for contractors, with 68% of HRDs saying competition was increasing.

Nearly 50% of all B2B and B2C gig workers had been in their position for three years or more, with 29% having worked as a contractor for three to five years and 18% worked for six to 10 years.

He said: “There will be a fierce war for talent and the demand for gig workers is likely to increase in the short, medium and long term, particularly for businesses that need to control costs while also trying to innovate and to scale at pace.

"Businesses that are prepared to embrace a more fluid workforce and cast-off outdated and restrictive people management frameworks can benefit from improved agility and greater potential for innovation.”

It also found competition for technical and specialised talent was outweighing supply, particularly for SMEs which may not be able to offer top salaries.

Lawrence argued that the growth of remote and flexible working during the coronavirus lockdown has meant workers will begin to reconsider their priorities when it comes to the work they want to do.

He said: “We should not ignore the fact that many employees have found the freedom to work much more flexibly than ever before, as well as be more empowered to ‘get on with the job’ and have thrived in this environment.

“Such individuals may think long and hard about how they interact with the labour market going forward and whether being a traditional employee is what they want.

"Whether change is business led, individual worker led or both it has never been more important for organisations to gain an understanding of the motivations and needs of all people ‘employed’.”

David Frost, organisational development director at Total Produce, told HR magazine that the UK had a complicated history with the gig economy.

“Five years ago, the CIPD produced best practice guidelines and we were involved in creating those guidelines. This emphasised that gig workers can choose their hours, have the same benefits as anyone who works on full or part time contract and at the time, zero hour’s contracts were seen as a good thing.

“Yet the mood has changed away from zero hours’ generally and now they won’t be used unless they absolutely have to be. Having some guaranteed core to the amount of time. Mood shift away from it, businesses more inclined to avoid it if they can as it is somewhat tarnished.”

Yet the report predicted regulation of the gig economy was likely to get stronger as “vocal champions” from within governments, unions and workers shine a light on HR practices.

Frost added: “In our plants we offer zero hour’s contracts but make sure there is appropriate notice for people to start working and ensure workers are offered the same benefits in pro rata terms.

“If they [zero hours’ contracts] were done properly and provided genuine choice to the employee they can work, they work very well. And there’s lots of public examples of this.”