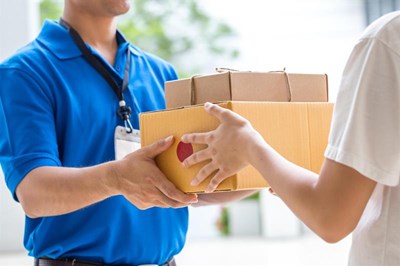 It’s been two years since the government commissioned The Independent Review of Employment Practices in the Modern Economy, or the Taylor Review as it’s more commonly known

Since then the world of work has changed considerably as more people turn their backs on the traditional nine to five job; moving instead to more flexible ways of working to exploit the varying skills they can generate income from.

However, this flexibility comes with some clear downsides including increased uncertainty and, in some cases, no paid sick leave, holiday or pension contributions. As working practices continue to evolve, policymakers argue that the need for change to the laws that protect workers’ rights – and the workplace tax regime – has never been more important, in order to balance flexibility and fairness. And politicians have become more vocal on the topic as well.

Plenty has happened in the 24 months since the review was commissioned. Matthew Taylor’s much-anticipated report was published in July 2017, providing recommendations around better clarification of employment status and greater protection for gig economy workers.

In February 2018 we saw the government announce that it will ‘take forward’ – meaning at the very least consult on – all but one of the recommendations made in the Taylor Review. In particular, the government proposed that all workers should have the right to a statement of day-one rights, including holiday and sick pay entitlements and the right to a payslip. Agency and gig workers will also be provided with a clear breakdown of who pays them and any costs deducted from their wages. The government has additional plans to ‘go further’ than the Taylor Review in a number of respects, such as the right to request fixed-hours contracts to all gig, zero-hours and agency workers.

In June 2018 we also witnessed a landmark legal case in which the Supreme Court held that a plumber, VAT-registered and paying tax as a self-employed contractor, was a ‘worker’ for Pimlico Plumbers and therefore entitled to certain employment rights such as the minimum wage, holiday and sick pay.

So what happens now?

As the issue of modern working practices continues to hit the headlines and is discussed in Parliament, we predict that there will be increased measures to protect gig workers, especially those for whom these arrangements are the main source of income. However, this will take some time as most recommendations have been the subject of initial consultations, and there will probably need to be more consultations before any legislation is finalised.

The other big challenge is whether there will be legislation to clarify who is and who is not an employee and entitled to rights under existing law. That is a notoriously complex issue, which many other countries are struggling with. If it were easy to resolve uncertainty about employment status with new legislative wording, the UK and other countries would have implemented this sort of change many years ago. So the courts and tribunals are likely to face many more status claims by gig workers before this is resolved – if it ever is.

Perhaps more significant for employers, we also predict a crackdown in 2019-20 on tax avoidance involving perceived abuse within supply chains of the current IR35 tax regime and use of false self-employment, and certain types of umbrella models, to avoid National Insurance contributions (NICs). The Criminal Finances Act 2017 may in some cases make end users liable for certain very aggressive tax arrangements in their supply chain and they should take action to review those supply chains urgently.

These predictions fall under two of the government’s four consultations on the matter – employment status and increasing transparency in the labour market. With regard to ‘enforcement of employment rights’, the government may well introduce measures to make it easier for employees and workers to enforce monetary awards made by tribunals. We predict that the state will likely take a more active role in forcing employers to pay up.

Preparing for the future

While there will still be some time before many of the recommendations become set in stone, this is not to say that employers should sit back and wait.

The likely developments should form part of their workforce planning; assessing which types of non-employed workers they use across the business, and in their supply chain, and analysing what likely extra costs will apply to each type of worker if the Taylor recommendations are adopted. We also recommend that organisations assess the feasibility of new ways of working with people to preserve tax efficiency and prepare for new laws that will make them liable for tax and employment obligations where that control exists.

It will be interesting to see what the world of work looks like in another two years, and to see what legislation has been put in place to support modern working practices. We might even have developments in the next few days following this year’s party conferences, and any snap election and change of government might also trigger early changes. However, one thing we can be certain about is that employers taking action now will find themselves in a much better position.