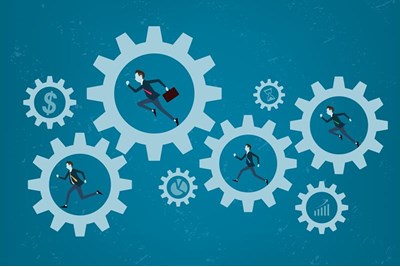 Concerns over the rapid pace of change in the workplace and generational differences may be unfounded, a panel at TREC 2019 discussed

At the Talent, Recruitment and Employment Conference (TREC) 2019 panellists debated the challenges and myths surrounding the future of work.

Torsten Bell, director of the Resolution Foundation, said that the rate of change in employment is often exaggerated by the media and future of work experts. “We always think that things are changing all the time. Journalists and people who want to sell books like to write that disruption is happening at an ever-faster rate – in general that’s nonsense," he said.

"In the labour market we need to calm down with the idea that everything is changing. It’s true that there are skills shortages but that has always been true."

He added, however, that there have been changes in sectors and organisations heavily dominated by people on low pay: “Where it does look like things are changing is if you are a company that has a lot of employees on low pay. There’s a fast ramping-up of the minimum wage taking us from being well below average to one of the highest in the Western world. We’ve got auto-enrolment pensions coming along, which are aimed at people on lower wages, and there are changes happening to migration.”

A potentially significant change identified was the challenge an ageing workforce presents. Cheryl Brennan, director of corporate consulting at Howden Employee Benefits & Wellbeing, said that employers are still not prepared for the shift.

"We need to look at this generation who will be working much longer, and devising strategies to encourage them to improve their wellbeing today. Because they will need to continue working. [Businesses] also [need to be] looking at how they will enable people to think about second and third careers, because gone are the days when you stay in that one job for life."

However, Bell later suggested that the idea that Millennials are all ‘job hoppers’ may also have been overstated. “The idea that Millennials are moving jobs more, and moving locations to get different jobs, is just not true. We’ve actually seen that there has been a significant drop in both of these areas. It may be the case that people are working and living longer and therefore having more jobs by default.”

Ralph Tribe, chief people officer at Ascential, noted that the threat of automation has also been exaggerated by some. “On the one hand people are saying that there will be an ageing population but on the other hand people are saying that robots are taking our jobs, so I find the suggestion that there will be a skills shortage curious. If you look at all the evidence we can see that automation is actually creating more jobs,” he said.

"It’s been ethically relevant for a long time, but that hasn’t necessarily caused that much change. I think it’s going to mean organisations think about things a lot more radically, and start looking at groups that they might not have done otherwise.”

Tribe added that employers should be cautious making assumptions about what people want from work: "We frequently hear about this idea that Millennials want more purpose at work, but isn't that what everyone wants? For every generation, if you ask most people what they want at a younger age most of them are going to say they want a job with purpose. It's just that younger generations are able to make a choice in their careers at that time."