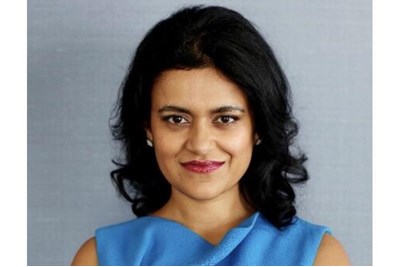 Leaders must practise emotional intelligence (EI) to enhance this critical attribute, according to neuroscientist and executive adviser Tara Swart.

Speaking at the Corporate Research Forum’s (CRF) Summer Lecture on Neuroscience for Leadership, Swart described how possessing EI will only become more important for leaders in a world where more and more technical aspects of their roles will be taken over by automation and AI: “It’s more important than ever for us to be able to master our emotions in work and at home,” she said.

Explaining to leaders how practice can improve EI helps this seem more achievable and less abstract, she explained. “When a leader hears they need to build their EI this comes across as something really intangible, which leaves a leader quite lonely and baffled about ‘what do I have to do to be different?’” she said.

HR professionals and leadership coaches should explain the neuroscience behind improving different cognitive capacities, Swart said. “I say: ‘you literally have to build a pathway where there’s more and more neurons connecting with each other and create a thicker default route than your old way of thinking',” she said.

Swart gave the analogy of learning a language and how these neural pathways will weaken if this isn't practised regularly. “It’s exactly the same with EI; it starts with really simple things like eye contact and building emotional vocab,” she said, reporting that she advises “the most emotionally-stuck leaders” to first practise this at home, with their children say.

“I say ‘listen to your child for five minutes without interrupting them',” said Swart, reporting that this has transformational effects for many leaders’ home lives. “Then I say: ‘maybe then try this with some friends and friendly colleagues… then maybe you try having a conversation with someone at work you haven’t had easy conversations with before.'”

Swart also advised on the key physical and mental health factors contributing to strong, resilient leadership performance. The vast majority of people need seven to nine hours' sleep a night, she advised, reporting that just one lost night of sleep impairs a person’s IQ by one standard deviation – the equivalent of being impaired by a learning disability.

She also advised the importance of drinking half a litre of water per 15kg of body weight per day, and warned of the huge impact keeping blood sugar levels stable can have on a leader’s performance – when carrying out job interviews for example.

Swart also recommended 12 minutes of mindfulness each day, even for those who feel too busy to spare the time: “I always say: ‘I can’t believe you can’t find 12 minutes for something that’s going to have such a positive impact on you',” she said regarding persuading leaders of the value of this.

One of the best studies to persuade leaders of the benefits of mindfulness is that by New York psychologist Amishi Jha, which shows US marines’ performance in the battlefield is improved by just 12 minutes of mindfulness per day, Swart said.

“If you can give them as much of the science as possible that’s my way in,” she explained.

Swart added that leaders should be careful about weight gain as a result of high stress. She explained that when a person is stressed and experiencing high levels of cortisol, their brain runs through a possible list of triggers, with starvation the cause often subconsciously arrived at.

“So the body lays down fat in case you’re about to starve,” said Swart, highlighting the added danger of reaching for the wrong kinds of foods in periods of high stress.

Swart caveated, however, that being healthier and more mindful shouldn’t become an extra stressor for leaders, and shouldn’t be something necessarily strived for in very stressful periods.

“When someone’s in a crisis you don’t ask them to do anything other than whatever they need to do in that moment,” she advised. “It’s about choice reduction and prioritising what they need to actually do in the immediate future.”

Excellent article and so true. We NEED so much more of this in Leadership and Management training. The effect this can have is almost viral and allows others to adopt such approaches. It is a win win for all right down to clients/customers.