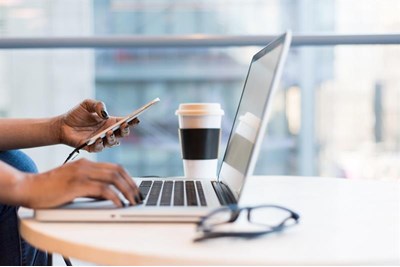 ​Prolonged and permanent remote work could lead to a productivity slump in the long-term, according to software firm Names & Faces.

Though the majority (75%) of respondents to the firm’s survey said they are more productive since working from home, the research found that this efficiency is based on a reliance on relationships they have already built in-person with their colleagues.

Those that have been more productive when remote working said they know at least half of their company. When identifying people they don’t know to help them with certain tasks, over half (53%) of employees said they rely on asking colleagues to point them in the right direction.

Both of these factors rely on a level of physical visibility within their organisations – described as feeling seen by others, knowing people across the company, and the ability to find and identify anyone they don't know.

Since moving to remote working, this visibility could be at risk as survey responses showed that only 21% of workers said they feel very visible since they made the switch to working from home.

For 67% of those who feel invisible at work, a drop in productivity levels was also observed since the start of compulsory remote working.

Pointing to the difficulty of building and retaining relationships through virtual contact, Richard Arscott, co-founder of Names & Faces, said the fear is that productivity levels could continue to drop.

He said: “Individuals’ efficiency and self-sufficiency at work are fundamental to an organisation’s commercial success. Employees are currently burning through the social capital they accrued while working in the same physical location as their colleagues, but this cannot power remote working indefinitely.”

Arscott added that employee productivity levels will become particularly pertinent as employees move teams, or people start new roles within the company, as they won’t have previously accrued social capital to leverage.

He added: “Currently employers are reliant on colleagues for help in identifying who’s who and who does what. Now those requests of colleagues exist in a world already overwhelmed by digital communications distractions.”

Names & Faces’ survey was conducted by Censuswide and is based on the responses of 2,403 people in the UK and the US working at companies with 250 or more employees.