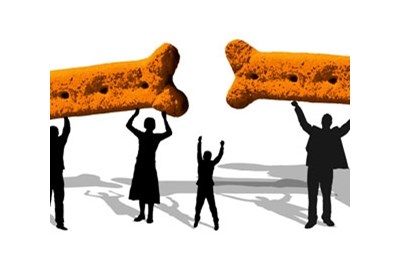 Good manners, a very polite person once said, cost nothing. And as the UK continues to tiptoe precariously between growth and recession, it’s a truth that many organisations should be bearing in mind, coming up with innovative ways to say ‘thank you’ to employees – without having to dig too deeply into their depleting coffers.

Research shows that recognition programmes, aimed at singling out and celebrating achievement and hard work, are more than just a nice-to-have – they are a strategic essential, adding value to the business beyond the warm glow they give employees.

A 2012 survey by Globoforce, a world specialist in employee recoginition, finds 90% of UK workers say recognition motivates them to do a better job and 86% like to have their efforts and contributions at work formally recognised. As if that weren't convincing enough, a huge 64% of workers would leave their current company for a competitor that clearly recognised contributions - bad news for the employers of the 37% of employees who are dissatisfied with the level of recognition they receive for doing a good job.

Not only that, but there appears to be a further disconnect between employers and staff when to it comes to recognition. Recent research by consultancy Bersin & Associates found that while three out of four companies say they have a recognition programme in place, only 58% of employees believe these programmes exist. So, that money spent on recognition - on average about 1% of payroll is invested in recognition schemes - could be going to waste.

It's not hard to see why reward and recognition is becoming a key issue for HR departments, and much more of a strategic imperative than it once was. "Previously, reward and recognition was down to the discretion of the line manager, but now it has become much more strategic," explains Colin Hodgson, sales director (incentives and motivation) at employee benefits provider Edenred. "Now, there is a focus on ensuring rewards are consistent throughout an organisation's operations globally, and that they have a strong alignment with the company's corporate values."

But companies' approaches differ widely. Lynn Norwood, head of people development at facilities management and services company Cordia, says its key programme is a starry annual awards night where customers and managers can nominate staff for their contribution to the company's performance and promoting its corporate values. So far, Norwood's team has received more than 1,600 nominations.

In another initiative, 'Cordia conversation', employees selected from across the company to meet senior management to share bright ideas. The 'Hearts of Gold' scheme, where staff are formally recognised for their services to the company or the community, came about through such a conversation.

Tailoring any recognition to corporate values is one sure-fire way to tie it more directly to strategy. Healthcare giant Astellas Pharmaceuticals operates a scheme according to its STAR corporate values - 'success-driven', 'team-orientated', 'adaptable' and 'respectful' - and recognises people for demonstrating these values in the workplace. Managers have the discretion to give employees who have gone above the call of duty a spot bonus reward - cash, a meal for two, or a weekend away. They can also issue corporate scratch-cards that offer a range of different prizes.

Astellas operates all over the world, and according to Mark Goodlake, its senior director of total rewards (EMEA), that requires a willingness to allow managers to tailor schemes to suit their different countries. The company's Nordic headquarters has a 'wall of fame' in the foyer adorned with pictures of high-performing employees, but Goodlake appreciates this "might not be so warmly welcomed by staff in the UK".

While Goodlake acknowledges the challenge having employees all over the world brings when it comes to the type of recognition offered, there is another problem for global companies: how do you communicate good work to the senior team when it might have occurred thousands of miles away? In large organisations, is it any wonder senior leaders can be out of touch with how and how often employees are recognised? According to the Bersin research, nearly 80% of senior leaders believe employees are recognised on at least a monthly basis, with 43% believing their staff are recognised weekly. That contrasts starkly, however, with the view from managers and individuals: only 40% of managers and 22% of individuals report their peers are recognised monthly or more.

For Merlin Entertainments, the company behind attractions including the London Eye and LEGOLAND, and others as far afield as Indonesia and Australia, the answer has been a more joined-up approach to recognition, with a formalised scheme consistent across all business parts and locations.

Merlin's corporate HR manager Sam Owens explains that in 2011 the company established an online global platform ('STAR') recognising staff who "go the extra mile". Employees, line managers and senior management can send stars to people, with those who stand out the most becoming 'star of the month', receiving a certificate and instant cash award.

The process allows employees to see who has nominated them for a star, and who else is being rewarded (and by whom). Since the scheme's launch, more than 110,000 stars have been sent. Merlin is hoping to roll out an app in 2013 so that staff can send stars instantly.

Nevertheless, measuring the success of such schemes objectively in terms of return on investment can be challenging - and that is increasingly becoming an issue for HR.

Karen Osborn, key account manager at Thales Training and Consultancy, says there are some very simple indicators HR experts can look for to see how these programmes have favourably affected the bottom line.

"Recognition programmes tend to be directly linked to employee engagement," she says. "For every 'notch up' of employee engagement that can be achieved, there is a direct effect on the bottom line as individuals provide a greater level of discretionary effort and commit themselves more to their role. This is a direct benchmark. Operationally, the more engaged an individual is, the more committed and productive they become."

Pete Twemlow, managing director at HR consultancy Independent, has witnessed at first hand the valuable role recognition schemes can play in boosting engagement, while working as VP HR at global technology company Johnson Controls Automotive (JCA). Despite a loss of 30% in sales and a headcount reduction of 20%, including factory closures, Twemlow was able to oversee an engagement increase score of 12 points, taking the business into the top quartile for global manufacturing organisations.

How? Twemlow says it was down to an employee engagement programme that incorporated recognition, sponsored at the highest levels of the organisation. At the end of each quarter, individuals and teams could be nominated by plant leaders to win a trophy and celebratory meal - no financial incentive, just recognition for a job well done. In a wider initiative each country nominates one team annually, to be celebrated at a glitzy European final awards showdown. "The recognition programme was seen as inherent to the culture and DNA of the organisation," adds Twemlow. "It defined JCA and distinguished it from the competition."

However, it's crucial to think carefully before introducing anything. Some experts warn that recognition schemes can backfire if they are implemented badly, or if they do not reflect the way employees want to be recognised. Anna Marie Detert, director of the people and change team at KPMG, says organisations and HR departments need to ask whether teams and individuals are spurred on by the same goals and objectives.

"Employers should not assume that what will motivate a team to work harder will work for an individual," she explains. "The same is true for rewards. Just because a team excels in office hours does not mean the same people want to socialise in their own time, so group 'away days' and meals out with colleagues might not work. Find out what the specific dynamics are, and tailor the rewards to suit what they would appreciate."

She says organisations need to be aware of the distinction between 'management recognition' and 'peer recognition'.

"In many industries, formal recognition of good work from senior management is regarded positively by employees," says Detert. "On the other hand, there are some industries where management recognition is either of little consequence to an employee professionally, or is actively scorned. Scientists, for instance, appreciate and seek peer recognition for their work, rather than a pat on the back from management."

Peter Reilly, director of HR research at the Institute for Employment Studies, warns employers to be honest about why they run these schemes. "No one is going to stay in a job that only hands out gold stars or gift vouchers with no prospect of a pay rise, so you can't stop people leaving for higher paid jobs," he says. "What these schemes are about is rewarding success and hard work with immediate effect. It's a token - but tokenism isn't going to retain people forever. HR has to make it clear from the outset that recognition schemes are distinct from remuneration schemes."

Astella's Goodlake agrees and says recognition schemes should be seen as an additional resource rather than a substitute for anything else. "Managers need to make sure this is properly communicated to all staff, otherwise employees may resent the scheme," he says. "Employees need to be aware that recognition is simply an immediate token of appreciation for a job well done."