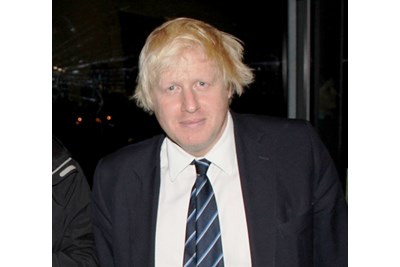 Boris Johnson’s comments against working from home during the Olympic Games, have been described as “disappointing and damaging”, by diversity campaign Opportunity Now.

Despite the Government's strategy to encourage people to work from home this summer to avoid traffic chaos during the Olympics, earlier this week the mayor of London Boris Johnson (pictured) branded home-working a "skiver's paradise".

Rachael Saunders, head of communications and research at Opportunity Now, the gender equality campaign from Business in the Community, said: "It is incredibly frustrating that Johnson, has actively chosen to not support working from home initiatives many employers will be trialling throughout the Games.

"At a time when many employees face longer and more overcrowding on their commute, and with Transport for London urging London's commuters to think flexibly about their travel times, working from home will certainly be an saviour for many. Instead of wasting time battling through the tourist crowds, it is far better to be more productive at home - for employers and employees alike.

"So far, it has be fantastic to see employers and government embrace modern working practices of agile/ flexible working and working from home - from offering staggered hours, to allowing full-time working from home for the duration.

"Overcoming outdated views like Boris' which focus on 'presenteeism' rather than delivery and output, is what is holding back the UK from truly supporting great swathes of its workforce. From working parents or employees caring for family members, to employees with long commutes, they could all benefit from the opportunity to work remotely and flexibly. In fact, our research shows that 73% of managers think that flexible working makes their teams more productive.

"Employers in London should continue with their agile and working from home plans during the Olympics and use this as an opportunity to prove outdated viewpoints like this wrong."