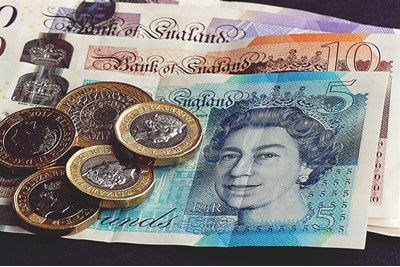 Money saved when working from home has led to 35% of UK workers saying they are reluctant to return to the office post lockdown, according to a survey from Eskenzi PR.

Two thirds of those asked said that they have managed to save more money in lockdown than they would’ve done when working full time.

Staying at home was the main reason 60% of people managed to save, and 50% saved on commuting costs.

By eating at home instead of going out for lunch, an estimated £8.1 billion has been collectively saved over the past six months by the 30% spending less on food, based on an average daily spend of £3.56.

Financial gain is likely to stay as 75% said they expect their employers will allow flexible working in the future. T

wo to three days in the office per week was the most common work pattern - expected by 40% of those asked.

A further 30% believed that it would be 2021 before they’d be back in the office at all, allowing them more time to save.

Yvonne Eskenzi, co-founder of Eskenzi PR, said that though the savings may have been significant for some, it is not enough of an incentive for most to want to continue working from home indefinitely.

Speaking to HR magazine, she said: “The statistics show that people want to go back to work as they enjoy working with other people, especially the younger workforce – as it’s the basis for their social life and developing working relationships.”

The ability to save money will be crucial in the coming months as the government winds down its furlough scheme and, for rail commuters, ticket prices will be rising by 1.6% from January 2021.

Tax and advisory firm Blick Rothenberg is calling on government to provide a tax relief on the costs of season tickets if it wants to encourage more people to return to the workplace.

Firm partner Robert Pullen said: “The tax system does not currently allow for any tax relief for commuting costs. Considering many annual season tickets cost in excess of £5,000, there is an active disincentive for a return to the office.

This is only likely to get worse as winter approaches. The government has shown its willingness to take bold action so far, such as the Eat Out to Help Out scheme. Why not now with a Commute to Reboot initiative.”

Survey findings also follow a separate report that found 88% of employers believe that upper management could do more to promote the financial wellbeing of their employees.

As HR navigates the balance between remote working and the office, Eskenzi said: “I think each company, each department and each person need to be taken on a case by case basis. There is no hard and fast rule, each employer has to adapt to their own business and strike a balance that works for the company and their staff.

“I honestly think we’ll never see the 9-5 way of working again – COVID has changed that forever and I’m glad it has as it helps the environment and can be great for people’s mental health too. It’s all about getting the balance right.”

The survey was based on the response of more than 1,000 workers in the UK.