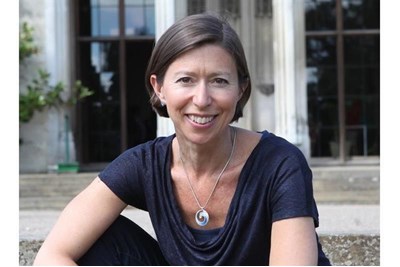 When we search, in the face of such a complex, divisive, intractable issue such as Brexit, for a leader who will save us in an instant, is it any surprise they fail?

Hundreds of blogs and articles have now been written offering post-mortems of Theresa May’s leadership. Many advocate that it’s her fault – or someone else’s. She was right or she was wrong, good or bad. These binary explanations are grossly simplistic and driven by the fantasy that we are individual operators in a mechanistic world. This fantasy played a key role in May’s downfall and may prove to do the same for her successor.

As a society we hold a persistent attachment to a world where there is a hero and a villain, a truth to be upheld and a lie to be uncovered. Facing a crisis of epic and extraordinary proportions we seek leaders who must claim unequivocally to have the answer. We reward stern-jawed resolve, charisma and certainty. Just take one look at the rhetoric at play now in the ‘competition’ for our next prime minister.

Brexit is complex, contradictory and intensely political. We are in unchartered territory with it. How should one lead in these circumstances?

This question is phenomenally important for us to ask and to profoundly reflect on. But we don’t appear to be – we have simply fired the starting gun to a ‘race’ and asked competitors to convince us as we hunker down into the viewing stalls to determine who will save us.

Theresa May threw her weight behind the phrases ‘Brexit means Brexit’ and the infamous ‘strong and stable’. She attempted to convey a ‘don’t worry, it will be fine, I’m in charge now’ story. Why would she say this given what she was facing was so extraordinarily tricky?

One reason perhaps is that she found herself sucked into a vortex of social expectation that we place on leaders. We are stuck firmly in the heroic leader model – leader equals saviour. If you step into that role be prepared to be seduced into believing you must convince the populous that you know what to do, your ideas are the best and you have it ‘all under control’. Let there be no ounce of vulnerability, no modicum of emotion, no doubt. Resisting this vortex takes enormous courage and a level of mindful awareness of social dynamics that is rarely sustainable.

Coming out as empathetic, compassionate and open to having your mind changed is perhaps even more dangerous for a woman than it is for a man. Emotion in a woman is seen as ‘typical’ and can serve to confirm unreliable vulnerability. The old boys network in parliament is infamous and May will have felt its brutality.

I am not saying we should abstain from judging May’s choices and actions – but we must also judge the system and in doing so ask ourselves what part we play in the social construction of ‘leadership’. When we search, in the face of such a complex, divisive, intractable issue such as Brexit, for a leader who will save us in an instant, is it any surprise they fail?

Leadership and management thinkers such as Ralph Stacey argue that when agreement is low and process and outcomes uncertain then a more appropriate leadership response is facilitative. The leader’s role is to navigate the voicing – and hearing – of multiple perspectives, to inquire, to encourage a cacophony of ideas, to learn. To create, what Barry Mason calls, ‘safe uncertainty’ where we reflexively innovate, challenge, experiment and make decisions.

But take care. Paradoxically, and in no time at all, we find ourselves seeking a different hero – a facilitative, relational doyen. And it is far easier to write and preach about the need for this sort of leader than it is to deliver. The extraordinary political environment, the intense spotlight and the brutal judgement of the media can mean it seems safer to put on the mask of ‘strength’ than it is to step into listening with a view to learning and being changed. Politicians use the term ‘dialogue’ but in practice they mean debating. The goal is to win, not to create understanding.

The philosopher Bertrand Russell said: “The whole problem with the world is that fools and fanatics are always so certain of themselves, but wiser people so full of doubts.” So, as we choose the next prime minister we are in danger of recruiting a fool, fanatic or both – and then trapping the incumbent into impossible expectations of potency and certainty. As we persist in seeking a leader who is an individual hero we will see many more leaders fail and risk the divide in our nation deepening to a chasm.

Megan Reitz is professor of leadership and dialogue at Hult Ashridge. She is on the Thinkers50 radar of global business thinkers and is ranked in HR magazine’s Most Influential Thinkers listing. She is the author of Dialogue in Organizations and Mind Time and her new book Speak Up, with John Higgins, is published in July

This makes so much sense to me. Listening to Rory Stewart on channel 4 news last night, was also heartening. He spoke of creating a panel of citizens who would, with expert input, deliberate on the complex issues of Brexit over several months and then make a recommendation to parliament. He may be the kind of leader you’re advocating for?

thanks Penny for your comment! Yes - he does seem to be thinking along these lines and it is so important to have another approach aired and considered publicly. We seem so caught in a version of 'strength' that is individual - i just hope we can see that the real strength right now might be the determination to mindfully reflect together....and then decide.

Hello Joanna. Churchill has been mentioned a few times indeed in this debate! His leadership was effective in the context of war. I am not convinced that the same approach is necessary or helpful in this different context. Collaborative leadership is perhaps more appropriate in the situation of a divided nation. However, I am certainly not claiming to be the font of knowledge on the 'right' approach here - the important thing really is for us to consider these sorts of questions together and openly. We need to be really considering - what does and should leadership mean in this context?

Megan - a well crafted, insightful piece - thank you! It prompts me of the quote from H.J. Mencken, an American journalist and satirist, “For every complex problem there is an answer that is clear, simple and WRONG”

Megan - thoughtful article. The different contexts of simple, complicated, complex and chaotic requires very different leadership responses. One of the besetting sins of this whole Brexit problem was the pretence that leaving could be treated as a simple, possibly complicated situation where solutions were discoverable. When in pratice it was always complex and aspects indeed chaotic. This misunderstanding and misrepresentation of the situation has led and continues to lead to a desire for simple, safe and re-assuring solutions and many politicians have and are happy to perpetuate this falsehood. The danger is that this approach will play out in the Tory leadership election with those brave enough to acknowledge the inherent complexity drowned out by those seeking and those peddling simplistic and WRONG solutions.