Leaders need to transform from parents to peers 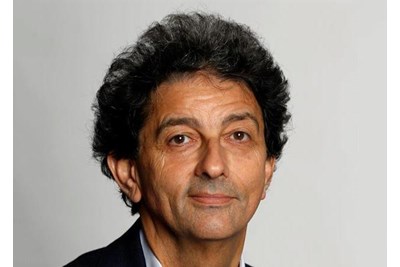 In the 80s, such work culture is called self-directed teams. It has it merits and demerits. On paper, it looks promising as team members are accountable and self directed. They collectively formulate ...

The way most companies are organised inevitably leads to employee infantilisation

Consider the essence of the dominant organisational model, aka the hierarchical bureaucracy: 1) Higher-ups whose job is to instruct subordinates on how to work and then to control them, hence the hierarchy. 2) Procedures these higher-ups put in place to save time instead of repeating the same instructions over and over, hence the bureaucracy.

The message implicitly broadcasted to employees with these instructions and procedures is simple: 'You can’t do this thing on your own. Neither can you be trusted to do what you are instructed well without supervision.'

Psychologists know that when facing such 'parents' a 'child' reverts either to compliance ('just tell me what I must do and I will do it') or to rebellion ('I’ll make you regret your order').

Because performance rarely accompanies these childish behaviours, companies correct them in the only way they know: with more layers and procedures. Understandably, these lead to even more employee infantilisation, until the company is stuck in the grind. Then it proceeds with some kind of delayering and downsizing change project, which buys it some time. Or it is simply slowly crumbling under its own bureaucratic and hierarchical weight, which takes time too.

Meanwhile, the majority of employees continue in their nine to five mode, if not worse. According to a 2017 Gallup survey 68% of UK employees are disengaged in their organisations – the 'yes men' – while 21% are actively disengaged – the rebels. The collateral damage of the actively disengaged employees is estimated by Gallup to cost the UK £84.3 billion to £87.2 billion each year in lost productivity. But there is more. According to research, between 75% and 90% of visits to general practitioners are somatisations of work stress, of which the primary cause is the lack of control over one’s task. Think of the costs to the NHS.

This is a sad state of affairs and companies feel it. Increasingly popular wellbeing programmes alleviate some of the symptoms and make work conditions more bearable. Yet meditation or organic food to work stress are like aspirin to a fever: they decrease the symptoms but are not a remedy. It’s the disease that needs to be addressed.

The corporate liberation movement – involving hundreds of companies and public sector institutions in Europe, such as Airbus, Decathlon, Michelin, French Social Security and several Belgian ministries – is doing just that. A liberated or freedom-based company is one where the majority of employees enjoy complete freedom and responsibility to take any action that they decide is best for the company’s vision. In other words, liberated companies have unleashed previously-stifled employee initiative and potential.

As a result these employees go to work not because they have to but because they want to, and once there they do the best they possibly can. Some of the companies that use Gallup’s guidance reach 70% engagement – the typical level for liberated companies.

The Belgian Ministry of Transportation entered corporate liberation in 2014. Last week I was sitting next to its HRD before a presentation and he told me its liberation has attained a level where he doesn’t have to be there for the ministry to run smoothly. It was 3:20pm. Suddenly he received an email: 'To all employees – There is a severe fire at an industrial plant around Brussels causing major train delays from the main railway station all afternoon. If you are concerned please leave work ASAP to reach home on time.' The HRD commented: “Three years ago I would be summoned back to an executive emergency meeting to handle the situation. Today it’s the leader who was the first to receive the fire information, who took the initiative to warn all the employees, and to suggest they leave."

He further explained that teams in his ministry decide their schedules, place of work, and how they accomplish their tasks. In other words, they are not sitting in the office waiting for orders and asking permission for anything. And since they behave as grown-ups, naturally, there are no more parents around either. Former executives became leaders in service of their teams; as the ministry now doesn’t have ranks or titles (including the HR director, who considers himself a facilitator providing orientations rather than an executive).

Employees themselves take the initiative and responsibility for what’s best for the ministry’s operations. In comparison to the past these operations are far more effective and more in the interest of the transportation companies and the Belgians using their services.

This is not a surprise. Employees who are treated like grown-ups by their servant leaders carry it over to those they serve. Everyone gains from transforming an organisation from one of parents to one of peers.

Isaac Getz is a professor at ESCP EUROPE Business School, and author of Freedom, Inc.

In the 80s, such work culture is called self-directed teams. It has it merits and demerits. On paper, it looks promising as team members are accountable and self directed. They collectively formulate their own goals and chart the own work scope. However, in practice, individuals in the teams could easily get into conflicts and ambiguity, especially when an issue surfaces with another stakeholder. In a mid size corporation, collaboration between departments is essential to get the ship moving. Failure of Supply Chain to support delivery of products to distributors for instance, will ignite tempers from Sales. Under such circumstances, 'parental managers' need to intervene and reprimand the culprits. Self directed teams however is ideal for a small organization that does not have diverse jobs and multiple departments. Somehow or rather, not everybody can be a leader of the pack yet leadership is a crucial factor to drive the business. Concept of leader and followers is a divine creation and I believe it will be the mainstay of organizational management for a long time.

I agree with both the article and Azlans remarks here, the entire society is feeling strong tensions related to the way we work. These tensions have found in Laloux's book a pressure release valve, and people have become enthusiastic about liberating their companies. However many have mistaken this liberation process for an abandonment of structure in favor of freedom. Forms of structure must be kept, especially at scale, however the structure must be shaped in such a way to remove the direct subordination dependencies of people, otherwise the father child pattern re-emerges in a different form and screws things up again. This is a hard task to perform because people hierarchies have been dominating the history of mankind, but it can be done.

Unfortunately I found this article only today, but I completely agree with the Article. On other hand I cannot agree with Azlans remarks, as I know that self-directed teams and their principles work also in large organizations (Michelin, Redhat, Siemens). But for that they need a few prerequisites, like clear roles and rules (Which should be defined by the team) for handling the stakeholder needs, for making decisions and solving conflicts. I'm not sure but I have hope, that large companies also will be cured from the diseases of the last centuries.