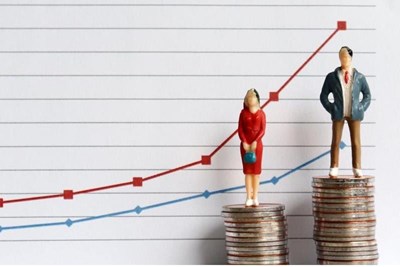 The option to work part-time, job share or flexibly could be fundamental to helping close the gender pay gap, finds a new study by Zurich insurance and the government-backed Behavioural Insights Team.

In 2019, Zurich made the move to advertise all jobs with part-time, job share or flexible working options. Since doing so, it has seen a 16% rise in women applying for jobs at the company and a near 20% rise in the number of women seeking higher-paid management roles.

Successful female hires for senior level positions have also risen by a third (33%).

Women’s career progression is vital in the battle for pay parity, as women are more likely to stay in lower-paid part time roles, as they typically offer more flexibility.

While Zurich’s head of HR Steve Collinson admitted that the change in the wording of job adverts is no ‘silver-bullet’ for closing the gender pay gap, the results so far have been encouraging.

He said: “By offering roles that fit flexibly around family life, employers could open the floodgates to a much wider pool of untapped talent. This will also help women progress into higher paid jobs whilst fitting other commitments around their careers.”

Offering greater flexibility in how people do their jobs also managed to attract more than double the number of applications from both men and women for each of the roles according to the report, indicating that different styles are a strong incentive for all workers.

Collinson added: “Workers want a new deal and there’s a danger that businesses that don’t get on board won’t be able to compete for the best and brightest minds.”

In existing part-time employees at Zurich UK the change also achieved an 8% improvement in the their feeling of belonging at the company.

Commenting on the report’s findings, Minister for Women, Baroness Berridge, said: “The benefits of flexible working have really been emphasised during recent months. We want to see more employers embracing practices such as working from home and returners programmes, which can have a positive impact for both men and women.

“Zurich’s work in this space has proven how effective a simple change to a job advert can be for workplace equality. It is vital that more employers take this on board as we seek to increase opportunities for everyone in this country.”

Speaking to HR magazine, Collinson added: “We may be the first business in the UK to pilot this initiative, I really hope we’re not going to be the last... all of these small nudges will push us towards a more positive outcome.

“It’s really a win win as far as we’re concerned, this has opened up a whole new talent pool for our business so it’s something we will definitely continue to do.”