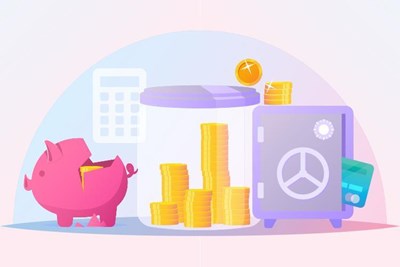 ​It’s sometimes said that being a single mother may be twice the work and twice the stress, but it’s also twice the love. The economic and somewhat less saccharine version of that might be that it is twice the care and half the career, for one-eighth the pension.

Without someone to share caring responsibilities with, single mothers often find themselves piecing together a work-life balance and financial security that hangs on a knife edge.

They balance budgets and manage the expectations of all stakeholders (re: children) with such skill that it’s a wonder talent managers don’t have milkround stands at the school gates. But a lifetime spent spinning plates reaps little reward in retirement, according to research by Now: Pensions.

At the heart of the issue – as with the gender pay gap – is the unpaid care work that falls mostly to women. There are around 1.8 million single parents in the UK and 90% of them are mothers. “Because women do more care, they are less likely to work full-time, and they earn less than men, which means they have less opportunity to improve private pension wealth,” explains Mary-Ann Stephenson, director of The Women’s Budget Group.

“It’s even harder for single mothers to enter the labour market because there’s nobody to share that care with.” Indeed, a private pension system that is dependent on a person’s earnings over their lifetime is inevitably going to produce a result that has been shaped by the challenges that are met in the pursuit of that work. But what are these challenges? And what, if anything, can HR do to mitigate them?

Despite 76% of single mums being in work – the highest employment rate of any group in the country – they are twice as likely to be in part-time work. According to single parent charity Gingerbread the cost of childcare is the reason why.

“Most single parents have to work part-time because they can't afford the full-time childcare costs,” explains Joe Richardson, research and policy officer at the charity. “For single parents, it’s a case of having to face the reality of their situation.”

Megan Jarvie, head of Coram Family and Childcare, believes that employers have an important role to play in alleviating this challenge for single mums. “Most parents would rather have choice around childcare, which doesn't necessarily mean employers should provide it,” says Jarvie.

“But employers can use their voice to tell the government about the problems they are experiencing in attracting women into work, particularly single parents, as a result of the childcare market.”

Unsurprisingly, the COVID-19 pandemic has further exacerbated the financial challenges for single parents with many working fewer hours during the crisis as a result of school and childcare closures.

The Resolution Foundation also found that one-third of single parents were employed in sectors which had shutdown such as hospitality and non-food retail, meaning their income had inevitably fallen, which may also have impacted their pension contributions.

But single mothers aren’t the only group of employees for whom retirement is a concern. Disabled people are more likely to work part-time (34%) than those who are not disabled (23%). “This has a knock-on effect... on their ability to build up an adequate workplace pension,” remarks James Taylor, executive director of strategy, impact and social change at disability equality charity Scope. “Inequalities in our society like these can make it incredibly difficult for disabled people to be financially secure.”

The solution to such pension disparities is multi-pronged and requires action by both employers and the government, says Richardson.

What can HR do to remedy the single parent pension gap?

Make it possible for single parents to work more

Both Gingerbread and Scope are hopeful that working flexibly through the pandemic will create more access to the job market, and that in turn will lead to a narrowing of the pension gap that affects these groups.

It’s a view shared by Martyn Dicker, director of people at Unicef UK, who says that a practical and accessible flexible working policy is vital if single parents are to work more. “This could mean offering an array of flexible working options and still being open to discuss other bespoke patterns that will address the unique challenges single parents face,” he says.

Daniella Jenkins from King’s College London is researching gender-based inequalities in pensions and believes employers need to be more creative with flexible working if single parents are to boost their pension pots: “HR should consider options like compressed hours, so an employee isn’t actually reducing their long-term pension contribution,” suggests Jenkins, who is also interim director of The WOW Foundation.

Richardson points out that single mothers often trade progression for flexibility, and in doing so can miss out on promotions and pay increases, which would benefit their retirement savings. This is something that Marks & Spencer has sought to change in a sector that has historically attracted part-time workers.

“Part-time contracts are seen at every level of our organisation,” says Karen McCabe, head of HR for stores, who job-shares with Vicky Scard. “Vicky and I [...] have job-shared for five years and been promoted twice, so working flexibly is not something that’s held our career back.”

But Dicker warns that HR should also be mindful of keeping learning and development opportunities within working hours so that single parents who are time-pressed are still able to avail.

As it stands employers are required to pay 3% of the total 8% contribution with employees only enrolled once they meet the £10,000 earnings threshold. However, many more organisations are now offering enhanced contributions as a way of attracting top talent.

“Employers could make a significant difference [...] if they paid more than the standard auto-enrolment contribution level, for example if they offered matching [contributions],” advises Kate Smith, head of pensions at Aegon. She suggests that this could be applied from the lower earnings level of £6,240 a year to benefit more part-time employees.

The PPF’s chief people officer, Katherine Easter, says that promoting the value of their schemes is vital: “Employee education is critical in raising awareness of what opportunities are available so our employees can make the right choices about their financial futures.”

While employers are getting better at educating employees about their pensions Cotton, from the CIPD, is concerned that “employers haven’t always connected the dots between financial worries and mental health, and the impact it can have on someone’s performance at work.”

Jenkins agrees and says that sometimes employers can be guilty of abdicating responsibility for the pension plan to providers who “aren’t really thinking from a HR perspective about how pensions affect their specific workforce.” She adds: “HR has to actually think about the totality of income and support employees in finding ways to get the most out of that.”

Smith suggests that one way of doing this is to run targeted campaigns for those single parents that don’t meet the £10,000 trigger but do meet the lower earnings qualification of £6,240 a year, and ensuring that female employees understand how life events such as maternity leave or divorce might also impact their pensions.

Time for a reform

While there are clear actions and policy calls that HR can make, experts are adamant that if the single mother pension gap is to close, the government needs to step in.

Single mother advocates want to see reform to the universal credit system that pays childcare costs in arrears rather than upfront, as well as more investment in wraparound childcare, and the introduction of pension credits for unpaid care. But the auto-enrolment system itself is also under scrutiny.

“The current system problematises women, rather than pensions,” claims Jenkins. “You can’t expect a woman to not divorce or to change career because it's better for her pension. We shouldn’t have to change our lives to suit a pensions industry.”

Cotton believes there are changes the government can make that would directly benefit single parents. “The qualifying earning rate for automatic pension enrolment (between £6,240 and £50,000) should be abolished so that low income earners can build up higher value pension pots on every pound of pay,” suggests Cotton. “[The government] should also facilitate people with more than one job to qualify for the £10,000 earnings threshold for auto-enrolment.”

Samantha Gould, senior communications manager at Now: Pensions, points out that some single mothers will have multiple jobs to make ends meet and never hit the £10,000 figure.

“As a single mother, you have so many calls to make; paying rent, putting food on the table,” says Gould. “If you’re not automatically enrolled, you have to take it upon yourself to look for a private pension and what single mother realistically has the time to do that?” Removing the threshold would see an additional 1.8 million women brought into occupational pension schemes; 300,000 of those would be single mothers.

Ultimately, says Richardson, the best enabler of long-term financial security for single mothers is policies which enable them to go to work: “Without structural change in respect to that, reform to pensions, while an improvement, is one they won’t feel the benefit of until their children have grown up.”