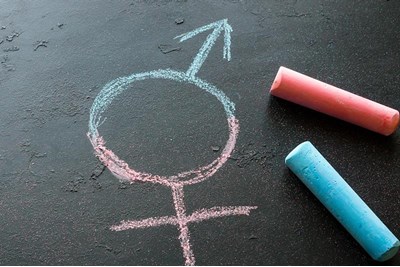 An employment tribunal against Jaguar Land Rover has broken new ground in ensuring the protection of gender-fluid employees from discrimination under the Equality Act.

In the case of Taylor V JLR a tribunal judgment found that non-binary individuals fall under the protected characteristic of gender reassignment. Therefore, the claimant, Ms Rose Taylor, suffered direct discrimination in her workplace, and was constructively unfairly dismissed by her employer.

Matt Jenkin, partner and head of employment law at Moorcrofts told HR magazine that the ruling in the Taylor case is “Ground-breaking as it clearly provides protection to gender-fluid employees from discrimination under the Equality Act.”

He added: “Whilst it will be difficult for employees to bring retrospective claims on the back of the decision, as they are likely to be out of time, it does mean going forward that as more and more employees identify as gender-fluid, employers need to recognise these additional protections.”

Jenkin said that he thought the harassment complained of in the Taylor case was “clearly unacceptable.”

“Equal opportunity policies and training will need to be updated to cover gender-fluidity. It will also be important that when complaints are received, they are treated with the same seriousness as other harassment and bullying would.”

Anne Pritam, a partner in law firm Stephenson Harwood’s employment team, agreed that the ruling was an important decision for anyone who identifies as non-binary and gender-fluid, and echoed Jenkin’s assertion that employers need to take such identities seriously.

Pritam said: “Employers need to take note; having diversity and inclusion policies is not enough. There can be significant financial consequences if you do not take active steps to promote those policies and educate your workforce on their content.”

Before the case’s ruling Jeff Ingold, head of media at LGBT rights charity Stonewall, said non-binary employees had been left in the dark.

Speaking to HR magazine, Ingold added: “Until now, it’s not been clear whether non-binary people were protected under the Equality Act 2010, so this Employment Tribunal judgment will be key in supporting future judicial decisions and creates the potential for even more non-binary and gender-fluid people to be protected from harassment and discrimination in all areas of their lives.”

For any organisations looking to create a more trans-inclusive workplace, Ingold suggested everyday changes, like updating systems to allow gender-neutral pronouns, is a good place to start.

Additionally, he said: “As part of basic training for staff, companies can outline zero-tolerance policies on transphobic bullying, discrimination and harassment, as well as developing policies to support employees who are transitioning, including information on confidentiality and dress codes.”