Identify those with gravitas to increase boardroom diversity 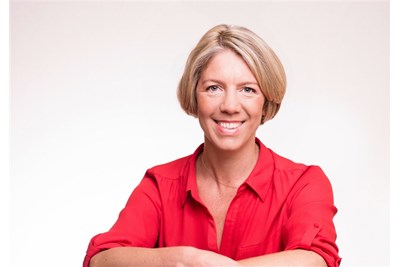 In all the discussion around the lack of diversity in Britain’s boardrooms, there has been little mention of gravitas. Although a critical skill at senior levels, there is still a perception that it is an inherent trait, associated with silver-haired older men.

This narrow view can have a significant impact on an organisation’s ability to retain emerging leaders who have the potential to rise to senior levels, but may not be perceived as having gravitas – perhaps because of their age, ethnicity or gender.

Gravitas is an old-fashioned word that’s being given new meaning in today’s volatile, uncertain, complex, and ambiguous world. It is translated variously as weight, seriousness, solemnity, dignity and importance and denotes a certain substance or depth of personality that elicits a feeling of respect and trust in others. Just like charisma or presence, you know when someone has ‘it’ and when they don’t.

As part of the research for my book, Leading with Gravitas, I interviewed leaders from a range of sectors including politicians, business and community executives, small business owners and entrepreneurs. What I noticed is that gravitas is defined not by how individuals see themselves, but by the perception of the people around them.

In today's work environments it’s not enough to rely on authority or title to influence or lead others. What is required for modern-day gravitas is the ability to communicate, collaborate, influence and develop meaningful relationships. People with gravitas lead better, manage better, present better and network better and in a competitive environment, leaders who know how to access this quality build stronger relationships, win more business, get promoted more quickly and get better results.

For HR practitioners with a responsibility for managing talent and succession planning, developing gravitas is key to accelerating progress and moving people up the leadership pipeline. As Anna Parfitt, head of HR at Oliver Bonas said: “People are often told that in order for them to progress their careers they need to develop their gravitas, but very few are given the direction and support to do this.”

When talking about gravitas, we have to move on from a vague discussion on whether someone has it or not. This kind of one sentence feedback can play into stereotypical assumptions about the type of person who has gravitas, meaning that organisations can lose out on retaining and recruiting talented senior people.

Instead we have to be more specific about the attributes that a leader with gravitas would be expected to have. From my research I identified six core components of gravitas – three internal qualities: self-awareness, expertise and authenticity, and three external qualities: connection, presence and projection – which together determine how an individual presents themselves to the outside world and is experienced by others.

Critically for the HR practitioner, there is increasing pressure on younger people to demonstrate that they have gravitas earlier in their careers. This combined with the need to develop and retain talented managers and would-be leaders means that it is essential that they receive guidance, support and practical tools to develop this professional skill.

By making this trait a specific skill, HR practitioners have the opportunity to play their part in challenging assumptions about who has gravitas in an organisation. As a result our boardrooms will become more diverse and reflective of the widest possible pool of talent and skills.

Antoinette Dale Henderson is author of Leading with Gravitas, the first gravitas 'guide' for managers and leaders