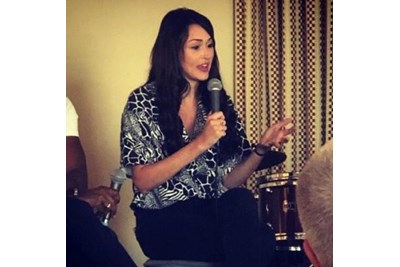 The language used in a workplace can be one of the main indicators of a toxic culture – whether it’s asking someone where they’re really from or using racist language in the workplace, it can add up to an unwelcoming environment for employees from an ethnic minority background.

On top of this, we’re all so scared to talk about race and ethnicity in the first place that often these microagressions can go unchecked.

In the wake of the Black Lives Matter movement, inclusive language around race and ethnicity is particularly pertinent. Language can be used as a barometer of social inequalities.

This isn’t a recent phenomenon – when European settlers labelled Native Americans "savages" and themselves "civilised", it enabled them to reinforce social hierarchies and justify behaviour we now find horrifying.

This is an extreme example but it demonstrates the power of a single phrase. So the next time you’re at work and say "All Lives Matter" as a retort to "Black Lives Matter," think about the weight of those words.


If employees are going into work and hearing negative comments about their identity, it will corrode the company's culture from the inside out. Yes, we are all human, and we all make mistakes. But it’s key that we try to educate ourselves on inclusive language as much as possible.

Microaggressions are defined as harmful subtle statements which can sometimes be brushed off as one-off comments – but cumulatively they can impact wellbeing and mental health.

Ethnic minority employees experience microagressions more than their white counterparts. In fact, 40% of black women report that they have had their judgement questioned in their area of expertise.

This can be statements such as: "So are you the new diversity hire?" or "I would have listened to her point but she came across as very aggressive."

However, they can be significantly more subtle than this. It is the responsibility of white allies to look out for these microagressions and subtly educate the people delivering them by having private conversations where learning is shared.

Other microaggressions that can be equally damaging include statements like:

"Okay, so you were born in London, but where are you really from?"


Asking this question blunders into the intricate topic of race and identity in an incredibly insensitive way. Not only is this question personal, but it also prioritises your curiosity of how you perceive someone’s identity over their boundaries and how they choose to self-identify. This is often a follow-up question from someone who has not been given the answer they wanted.

"Can I touch your hair?"

No. This is a fairly straightforward microagression to deconstruct. Not only does it once again cross workplace boundaries but it is asking a question of a person of colour that wouldn’t be asked of a white person.

When learning about inclusive language around race and ethnicity, the term BAME – black, Asian and minority ethnic – is a controversial one. It has been criticised as being exclusionary and divisive.

Similarly, the term "ethnic minority" can be seen as too broad – and "people of colour" has faced similar criticism. A general rule of thumb is not to assume how anyone identifies, as this area is incredibly nuanced and complex.

How to combat microaggressions

Inclusive language in the workplace is a vast topic so do your research before taking steps to be actively anti-racist. Read the lived experiences that ethnic minority individuals have shared. Don’t approach ethnic minority people you know and place the burden on them – the internet is a brilliant resource.

If you spot a microaggression, say something. I’m not suggesting that you call out racism across a busy office. But if you spot non-inclusive language being used, call that person to one side and have an exploratory conversation around why they are using that language, and ask them if the statement may stem from a bias against a certain group. If slurs are used, then this should be escalated.