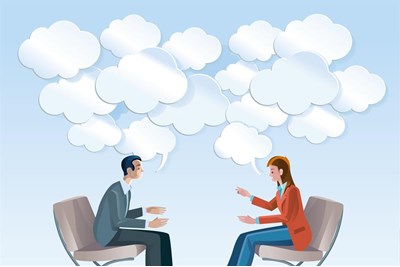 "There is an old adage that individuals should avoid discussing money, religion or politics because of the sensitive nature of these topics. Employers keen on keeping a harmonious working environment are likely to agree with this. However, in the current political climate it has become increasingly difficult for employers to prevent political discussions at work.

"While an outright ban on political discussion may be hard to enforce, employers should encourage staff to think before they speak to maintain a respectful and civilised working environment. It may be wise to educate employees on the impact their comments can have on other individuals during company inductions, in order to avoid any politically-charged confrontations.

"Employers should also remember that they have a professional public image to maintain and allowing staff to openly discuss political matters in front of customers or other third parties may dent any attempts to appear politically neutral. While some organisations may opt to nail their colours to the mast in terms of their political support, a neutral approach is likely to be more successful in maintaining any pre-existing client base and ensuring continued profitability."

"We’ve all heard ‘don’t talk religion or politics in the office’, but given the current pace of global politics this is often easier said than done. Employees have a right to free speech and their own opinions about political and social events. The exception is where hateful language or beliefs take the place of everyday debate.

"Ultimately it’s in employers’ interests to cultivate a workforce of diverse backgrounds and viewpoints, but also an environment where all employees feel they can express themselves. With that comes a responsibility to prevent debates from getting out of hand.

"It’s not unreasonable for a manager to intervene and de-escalate conversations that see colleagues distracted from work or that have the potential to affect operations. By maintaining an open-minded and accessible environment companies can ensure they’re better equipped to attract candidates from the widest possible pool of talent."