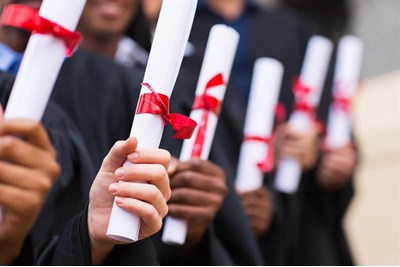 By contrast, the median growth of undergraduate females’ earnings in their thirties is only moderate, although it is still higher than that of non-graduates.

The report predicted median real earnings of female graduates who were 30 in 2016 to rise by around £5,000 from age 30 to 40, compared with no growth for non-graduate women.

Consequently, the causal effect of having an undergraduate degree on earnings grows after age 30 for both men and women, but much more strongly for men.

The report concluded that while getting an undergraduate degree is worthwhile financially for most students there is significant variation across subjects.

Subjects such as medicine, law and economics offer a springboard to very lucrative careers. Others, such as computing, pharmacology and education, are safe choices with acceptable returns for almost anyone.

Creative arts degrees were identified as providing the lowest financial returns for both men and women. Just 45% of women and only 5% of men were predicted to see positive net returns from studying the subject.

This is the third in a series of reports by researchers at the Institute for Fiscal Studies, commissioned by the Department for Education, that make use of the Longitudinal Education Outcomes (LEO) dataset to improve information on the value of higher education degrees.

The report’s estimates are based on the earnings of individuals who were born in the mid-1980s and went to university in the mid-2000s.