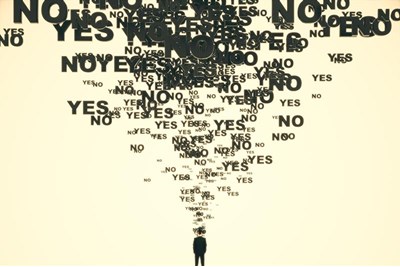 Imposter syndrome means the gender pay gap begins at graduation, according to research by Milkround

The graduate jobs board's research found that 33% of female graduates expect to be paid less than £20,000 per annum upon entering the workforce, compared with 22% of male graduates.

The report attributed this to a lack of confidence. Forty-one per cent of female graduates surveyed said that confidence issues were holding them back from progressing in their careers, while just 28% of male graduates cited the same reason.

Natasha Devon, founder of Where's Your Head At? and mental health campaigner and writer, told HR magazine that HR professionals should heed the research in advance of graduate recruitment season. “Bear in mind that graduates that are walking into job interviews are experiencing low confidence. Female graduates are playing down what they can offer you and should be viewed through the prism of their untapped potential,” she advised.

“As a general rule HR leaders should be adding an extra 10% to what interviewees – particularly women – are saying they can offer in terms of skills.”

The research also found that 25% of male graduates expect to be earning more in five years' time compared to just 15% of women. “Imposter syndrome is more than just lacking confidence. It’s an all-consuming belief that you aren’t worthy of your career achievements,” said Devon.

“While feminism has come on in leaps and bounds over recent years we still live in a culture where the prototype for success and influence is white, male and middle-aged. It’s no wonder that the people most likely to experience imposter syndrome are young women.”

Georgina Brazier, marketing manager at Milkround, said that workplace mentoring programmes can help combat imposter syndrome and boost confidence. “We encourage employers to support graduates entering the workforce through mentorship programmes. This ensures the process is transparent and graduates have a clear view of their career progression,” she said.

While Devon agreed that such programmes are valuable, she pointed out that what really needs to change is workplace cultures. “I’m passionate about us realising the value of what are irritatingly branded ‘soft skills’; one doesn’t have to be hyper-masculine and devoid of emotion to be an asset to a business,” she said.