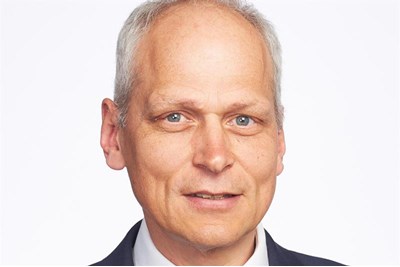 Employees are going to have to work for longer before they retire. But what will the impact be and what should HR be doing now to address the issue?

When a recent survey suggested that 75% of employees in the UK expect to have to work past the state pension age, the much-discussed idea of the ageing workforce becomes more than just a concept. It’s a reality. But just how prepared are we to deal with the issues it raises – now and into the future?

We are living longer and generally speaking in better health than previous generations. Changes to state pensions have already started to push retirement further away for many. But a range of other pressures have also resulted in employees having to reconsider what retirement might look like when they get there. As well as living longer, we’re having children later and those children need supporting longer through higher education. That means the financial burdens once cleared earlier in life are now with us into middle age. Saving for retirement has got tougher as staff need to take more responsibility. Early retirement is a concept that’s become impossible for many.

But it’s not just older workers planning retirement now we have to be concerned about. Anyone entering employment today will be at work for far longer than their parents. At the same time work itself will change – and in ways we can only speculate about. However, it is clear that the idea of a career for life is unlikely to be the case for many. Instead of the well-worn path of education, career then retirement future generations will have a far more fractured journey; perhaps more a case of education, gap year, career, more education, change of career, second gap year, casual work, then retirement. As well as possible changes in career, the relationship between employee and employer is likely to change radically, with far more people likely to be self-employed or working as contractors.

Among all this change one thing is constant – that we will still want to have some kind of retirement eventually. And to do that we will have to save for longer. As we approach that ultimate destination it’s unlikely that we will want to work in the same way in our sixties as we worked in our thirties. Flexibility is likely to be far more in demand as we tire of a daily commute. Organisations will not only change what they do but how they do it.

What then of pensions themselves? The traditional model is changing even as I write. The employer still wants the employee to have a good pension. The best will also want to contribute a little more than the statutory amount. But the setup and running of that pension scheme, together with the resultant additional costs of administration, have led many to consider whether they are adding enough value, or whether they would be better off outsourcing employee pension provision to someone else.

The employee is also looking for something more in tune with their pattern of work and non-work. They want to have a more personal relationship with that pension – one that lasts through all their employers and into retirement itself. They want to have a place where they can aggregate their savings, somewhere that helps them to save, offers useful insights, great prices, and a useful platform from which to manage their retirement finances. These features are already being utilised by the most forward-thinking pension schemes, for example master trusts, and engagement levels are benefiting as a result.

More of our employees are set to work for longer and look likely to have far more varied careers. Technology and artificial intelligence will accelerate these changes. In a way we 'ain’t seen nothing yet'. But that makes it all the more important that we prepare in every way we can for a new, more flexible, more disruptive future. Because sooner or later employees will still want to give up the day job and retire. We owe it to them to make sure that when it happens it has the best possible outcome – and if that’s what we want we need to start planning for it now.

To find out how LifeSight can help you, please contact us at lifesight@willistowerswatson.com