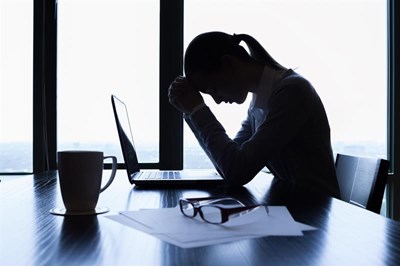 A quarter (25%) of freelancers have experienced depression and a fifth (21%) suicidal thoughts due to loneliness, according to Epson research

The study found that 91% of freelancers worked from home at least some of the time. When asked why they had chosen to freelance, respondents cited better work/life balance (53%) and greater flexibility (62%); 47% said they wanted to avoid working in an office as they find it stressful.

A recent study by Kalido suggested that half of the UK’s workforce may be self-employed by 2020. The flexibility freelancing offers means many see it as attractive. There are also economic benefits, with freelancers contributing an estimated £271 billion to the UK economy in the past year, according to the Association of Independent Professionals and the Self-Employed.

While 54% of respondents to the Epson survey declared freelance life 'liberating', 48% admitted to finding it 'lonely' and 46% said it was 'isolating'. The absence of an office social life is felt keenly by some; 32% of respondents said they missed office banter and 29% missed being part of a team.

Separate research from Mind also found that at least one in six workers experience common mental health problems, including anxiety and depression.

Speaking at the launch of Epson’s research, founder of the Honest Mum blog Vicki Psarias, shared her own experiences of freelancing.

“There are two million freelancers in the UK and that number is set to rise. People are seeking flexible ways of working, and one of the reasons I moved from being a TV director to a blogger was because I wanted work that would work around my young family,” she said.

“For the first time ever I was totally in control of my work […] but there are definitely downsides. The impact of isolation and loneliness is widely recognised – charities like Mind have spoken a lot about this. It’s startling, but not so startling when I think back to my own experiences as a working mum when I first started blogging.”

Psarias offered tips for freelancers to help look after their mental health, including limiting the amount of time spent on social media and exercising throughout the day.

She added: “Part of the problem is the failure to switch off; the internet can be a useful way to connect to other people but we do need to learn to switch off that blue light that can inhibit our sleep, and to remember to go out and exercise.”