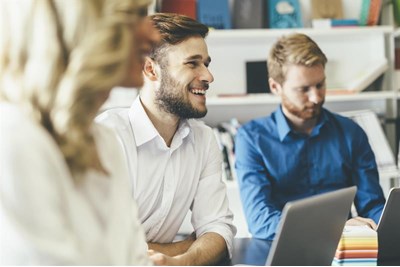 Focus on the basic issues

When Andrea Vogel, former head of people and achievement at Warchild UK, joined the organisation she found that the charity lacked the basics needed to improve mental health and wellbeing, and this was having huge ramifications on the organisation.

“People were leaving every six months on average. We didn’t have an employee assistance programme and we were working in an office that was basically a construction site – it was extremely noisy, with few working toilets. As a small charity we had a very dedicated group of employees who often worked for little money, but there wasn’t even a policy around overtime,” she said.

“It shouldn’t take someone to have a breakdown before they start to implement changes around mental health; I wanted to act right away. We had to review every part of our organisation. We used the CIPD’s guidelines to help with this, which included treating mental health as a business strategy, defining the strategy, and measuring success.”

By focusing on wellbeing in a strategic way HR has been able to both reduce high rates of employee turnover and transform the culture around mental health, Vogel explained: “We began to see a tangible change in the workplace. People were sitting down at lunchtime and able to talk about the fact that they were not sleeping well, or that they were struggling with depression.”

Articulate what you want to achieve

“At first I thought that wellbeing would be easy, but that wasn’t at all the case. I found that it was no good having strong values if you weren’t able to articulate them. I underestimated how difficult it would be to be able to get senior leaders on your side, but I now see that as the most important part of implementing a wellbeing strategy,” said Andrew Spells, head of wellbeing at British Council.

Spells added that getting senior leaders on side is key to ensuring mental health is not just treated in a reactive sense: “We’re not entirely sure why leaders find it so difficult to get behind wellbeing programmes, but we know that there are all sorts of external and internal pressures that leaders can face. Improving mental health is not just about introducing yoga and massage; you need to know what your main message is and spread that throughout the organisation.”

Jane Miller, head of wellbeing and inclusion at NHS Business Services Authority, said that introducing employee networks has been a central part of the organisation’s journey around wellbeing. “We have networks for LGBT people, for Muslims, for those with disabilities and those who have experienced domestic violence. Not only does this give employees the chance to become part of a community, but it also gives them the opportunity to feed issues back to the organisation. Each of these networks has someone who is then part of a committee,” she said.

Introducing networks has also enabled HR to use people's lived experiences to help others, she added: “In our domestic violence network someone with lived experience of the issue is linked up with a mental health first aider. They are then able to train them to be able to recognise the signs.”

Giving workers greater voice in the organisation has been key to improving wellbeing at Scottish Ballet, said Pamela Simmons, head of people and wellbeing. She explained that those in creative and artistic industries often face specific pressures.

“Our dancers and musicians often have little control over their schedules and working hours, and they’re working every single day. It’s a competitive industry, and we found that employees often felt as though they were not able to speak up about the pressures they were facing,” she said.

Simmons said that HR and unions should work together to tackle wellbeing challenges: “Working with unions was really fundamental to changing this. Through collaborating with them we were able to have a better understanding of what employees were facing, and the importance of listening to them. Beyond this, we took action. We have employees on our boards so that they were given a greater sense of autonomy and control over the issues facing them.”