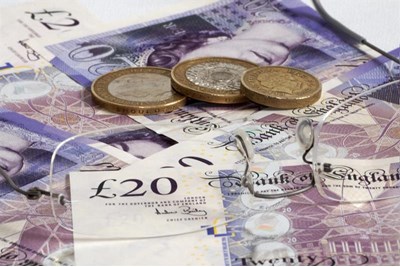 Good point, but remember that Fat Cats don't represent the majority of CEOs in the UK, whose average salary is around £150k according to research from Croner Reward.

By the end of the first Tuesday in 2016 Britain’s top bosses will have made more money in 2016 than the average UK worker earns in an entire year, according to calculations by the High Pay Centre think tank.

As FTSE 100 chief executives are paid an average £4.96 million a year, company executives returning to work in the new year will pass the UK average salary of £27,645 by late afternoon on what the High Pay Centre has dubbed 'Fat Cat Tuesday'.

High Pay Centre director Stefan Stern said that the milestone once again highlights the continuing problem of an unfair pay gap in the UK.

“The gap – or the ratio between top and middle – is a problem,” he told HR magazine. “If employees see that the boss is almost on another planet in terms of pay that cannot be helpful for the morale, commitment and motivation of the rest of the workforce.

“I always quote management guru Jim Collins on leaders. He says the question you have to ask them is ‘what are you in it for?’ If they are getting 100 times or more than the average worker how committed or interested are they in the future of the organisation? JP Morgan, the founder of the bank, said that it should not lend money to any business in which the boss was getting more than 20 times the average employee. His view was that in such circumstances the leader was probably in it for themselves.”

The typical value of a FTSE 100 CEO’s incentive award has risen by nearly 50% of salary since the previous year, according to the latest Manifest/MM&K pay survey. Meanwhile the annual pay of the average UK worker has increased by just £445, from £27,200 to £27,645. The High Pay Centre found that even if CEOs are assumed to work long hours with very few holidays this is equivalent to hourly pay of more than £1,200.

Stern added that it is up to “everyone involved", including shareholders, pay consultants, remuneration committees, headhunters, fund managers and HR directors, to urge and exercise restraint. “Good performers deserve good salaries, and CEO jobs with big responsibilities will always come with a large salary attached. But does it have to be so big?” he asked.

Good point, but remember that Fat Cats don't represent the majority of CEOs in the UK, whose average salary is around £150k according to research from Croner Reward.