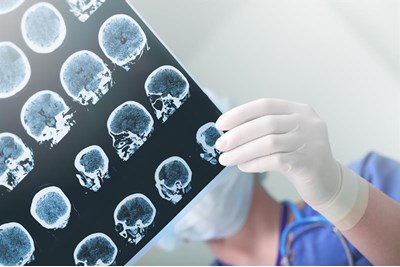 Lack of awareness of epilepsy means sufferers face poor treatment in the workplace, according to research from the Institute for Employment Studies (IES)

The study comprised of a rapid literature review, interviews with four experts in employment support, clinical practice and applied research, interviews with six employers of different sizes across a range of industries, and two focus groups of individuals with varied epilepsy symptoms and employment histories.

In the UK approximately one in 100 people (600,000) are diagnosed with epilepsy, but despite anti-discrimination legislation they are more than twice as likely to be unemployed as those without the condition. Labour Force Survey data for 2018 showed that, of those who identified themselves as having epilepsy, 53% were classed as economically inactive and a further 3% were unemployed.

The research revealed clear employer knowledge gaps on epilepsy, underpinned by lack of awareness about the fluctuating nature of the condition. Employers were often unfamiliar with the range of symptoms, and sometimes unaware that medication can prevent seizures. Seizures were cited as the main health and safety concern when considering employing somebody with the condition.

Sally Wilson, IES senior research fellow, said there is still a worrying lack of understanding about the condition. “Our research has uncovered some uncomfortable truths about how epilepsy is addressed in the workplace; employers suffer from a lack of awareness while employees are reluctant to disclose information,” she said.

Employers frequently doubted that they could make adjustments to enable someone with epilepsy to work safely, however. Job roles involving machinery, vehicles, working remotely or alone, or caring for others were felt to be particularly difficult. Employers were found to be more willing to make adjustments to help an existing employee to retain their job.

Almost all employers wanted people with epilepsy to openly disclose their health condition, ideally during recruitment. But the research stated that people with epilepsy found discussing their health extremely difficult. Employees were often reluctant to discuss their health with employers until firmly established in the workplace, it reported. The complexities of the condition made it hard for them to explain to others and they often feared discrimination if employers knew about their epilepsy. People with epilepsy also reported being unable to seek work that suited their talents because of safety concerns.

Philip Lee, chief executive of Epilepsy Action, said there was no reason for discrimination to persist around the condition: “Sadly we’re not surprised to hear that finding and staying in work is still difficult for many people with epilepsy. But the stories we hear of discrimination are shocking.

“Much of this comes from a fear of the unknown. As epilepsy is a largely invisible fluctuating condition it is not always obvious how to deal with seizures. But these barriers and attitudes needn’t exist in the modern workplace. There are simple considerations that can be implemented. A culture of openness, on both sides, can also go a long way to reduce absences, disputes, dismissals and resignations,” he said.

“Epilepsy Action delivers bespoke training sessions to employers and is currently developing a toolkit to help businesses support their staff with epilepsy. We want to see a significant increase in the number of people with epilepsy in long-term secure employment.”

The IES recommended employers use an online toolkit, developed by Epilepsy Action, which covers disclosure, health and safety, reasonable adjustments and other common concerns to help guide both themselves and employees in their conversations.

Checklists and ‘job carving’ (customising job duties) would also help employers assess employees’ capacity to fit with job tasks and make necessary adjustments, the researchers said. The IES also identified a need for face-to-face advocacy services to support people with epilepsy to represent themselves effectively in interactions with employers.