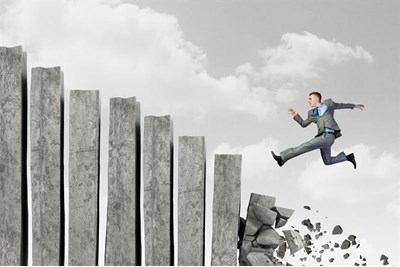 Employers are now bracing themselves for the true scale of redundancy and a turbulent job market following the news that the UK has officially entered into a recession fuelled by the coronavirus pandemic.

Amanda Mackenzie, chief executive at outreach charity Business in the Community, said that though GDP figures are alarming, now is the time for employers to home in and protect their people.

She said: “Now – in what might seem like our darkest moment – is the time for businesses to think about building back responsibly.

“Businesses have a chance to protect those that they can and make sure that they shore up against future disaster.”

According to the latest research from the CIPD, the third quarter of 2020 will see one in three organisations cutting jobs.

Competition for vacancies is high, with postings in disadvantaged areas gaining an average of four times more applicants per role.

In various roles in the capital, CV Library reported applications in July running into their thousands - record numbers for the site. In one example, a HR assistant vacancy in London received 3,333 applications.

Critical of the government’s approach to the crisis shadow chancellor Anneliese Dodds said: “A downturn was inevitable after lockdown - Johnson’s jobs crisis wasn’t.”

Echoing Dodd’s statement and speaking to HR magazine Mark Dexter, founder and CEO of KDR Talent Solutions, said that the shape of the current job market is due to the government's “haphazard, populist and ill thought through” pandemic response.

“Mixed messaging from senior figures led to many people wondering if the rules applied to them, even what the rules were, and as a result the decrease in cases and related deaths was much slower than in many comparable economies, leading to a deeper recession and potentially extended economic recovery,” he added.

The impact the pandemic has had on particular industries, and it’s disproportionate effect on certain demographics, Dexter said, “will only accelerate as the furlough scheme unwinds and becomes unaffordable for some companies.”

In his advice to those currently searching for new roles he said focus should be paid to their transferable skills, rather than role-specific experience.

“In normal times I’d advise against taking a ‘fill in’ job to tide you over, but this isn’t the case now. Future employers will understand that you needed to take a job outside of your previous experience and won’t mark you down as a result,” he said.

As the most recent ONS Labour Market review showed, the number of employees on UK payrolls was down by an estimated 730,000 in July 2020 compared to the prior month.

Yet it is the fourth and final quarter of the year that is expected to be the most telling for the UK job market.

Nimesh Shah, CEO at law firm Blick Rothenburg, has called on the chancellor to consider what support the government can offer to help “naturally re-deploy the workforce and encourage employment” from October through December.

He said: “Many businesses are limping through to Christmas, but it will be a rollercoaster between now and the New Year with so many unpredictable elements in play.”

“Tax exemptions or holidays for National Insurance is one idea, and access to funding on sensible and realistic terms is vital.

“More also needs to be done to encourage private investment in businesses, possibly through matched Government funding or extending venture capital reliefs. The Chancellor’s Autumn Budget will be the most important in a generation.”