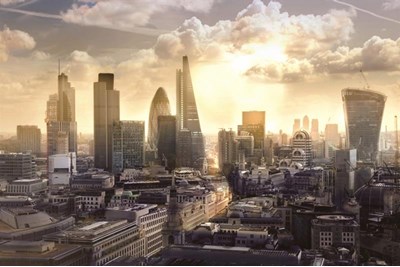 Devolution could allow Northern regions to catch up on disproportionate job growth in the South East, according to think tank Institute for Public Policy Research (IPPR) North

Its research found that London and the South East accounted for almost half (47%) of the country’s increase in jobs in the past decade. This is despite the area being home to just a third of England’s population.

The report said that the UK is the most regionally-unequal country in the developed world and that the Westminster government has allowed ‘deep divisions to grow in this country’.

London was found to be one of the most productive areas in the EU, yet productivity in other parts of the UK such as Blackpool, Barnsley and Doncaster is lagging behind.

Wales and Northern Ireland had the least productive areas in the UK.

The capital’s economy was criticised for being too exclusive, given that almost two-thirds of the increase in jobs since 2010 have been managers, directors, senior officials or professionals while many other jobs are insecure or low paid.

This is despite it benefiting from a net increase of more than 1.2 million jobs between 2009 and 2019, 32% of the total net increase even though it has 16% of England’s population.

North-eastern England saw just 1% of the rise in net jobs (38,727) despite having 5% of England’s population.

Luke Raikes, report author and senior research fellow at IPPR North, said: “For too long Westminster has hoarded power and held back prosperity in all of England’s regions, including London. Levelling up should mean opening the door for all of England to benefit from devolution, while also letting areas that have devolution take on more.”

The IPPR said this demonstrated a failure in the economy for all parts of England and recommended devolution as a ‘major opportunity’ to improve economic prosperity across the country.

Devolution, it argued, would mean regional policymakers could make more accountable, transparent and traceable decisions. This could allow for a more ‘inclusive and prosperous’ economy.

Jason Fowler, HR director for Fujitsu UK and Ireland and head of HR northern, western and southern Europe, argued the onus now was on all types of businesses to develop across the country.

He said: “To sustain the competitiveness of the UK economy we – private and public organisations – need to ensure that opportunities are being spread out equally across the country.

“By focusing so heavily on the South East, and putting all their eggs in one basket, means there is a whole pool of talent out there being overlooked. Businesses nationwide need to do more to ensure these opportunities are open to everyone across the country."

To reduce inequality, the report recommended regions outside of London should have a larger share of central government investment in innovation, R&D, infrastructure and skills.

Cities such as Manchester, Birmingham and Bristol should also be developed, the report said, to connect more efficiently to each other and different economic assets up and down the country.

Fowler added: “As we begin a new year and a new decade social mobility will become a more pressing issue, and I hope to see more organisations change the way they find, recruit and progress talented employees from different social class backgrounds.”