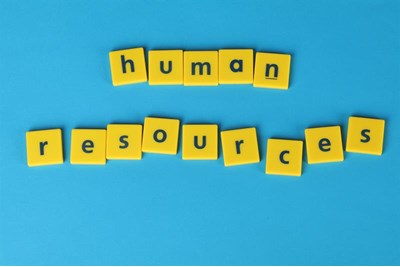 HR has played a heroic role in what will continue to be a tough time for the job market and work environment, said HR analyst and academy owner Josh Bersin closing the second day of the CIPD’s annual conference.

Introducing Bersin, CIPD chief executive Peter Cheese said that the main theme of the two-day conference has been that, “HR has been positioned much more front and centre of organisations everywhere” due to its strong work during the pandemic.


Bersin added he was “honoured” to be working within the HR industry because it has been going through a “heroic time”.

When the COVID-19 pandemic began at the beginning of the year and people started to work from home, Bersin said he started to talk to companies to understand what they were doing and how they were taking care of their people.

He explained that “mother nature reset things for us” after the 2008 financial crash, at a time when HR and the way we work needed to be transformed. Similarly, this year Bersin said, “has been a big reset.”

He added: “It started as a reaction, then it became an immediate response of sending people home and creating policies, procedures and cultures… and now for the last few months, people have started to try and go back to what life was like before.

“The cycle has now begun to continue again as people have realised maybe they shouldn’t have tried to go back to exactly what life was like before.”

The traditional approach to management has had to adapt to the fast-changing work life the pandemic has created. Bersin added that leaders seem to have “shaken off the old ‘stiff’ management style,” and realised “they have to become more flexible, vulnerable, empathic and forgiving during the pandemic.”

Bersin showed data from leadership consultants DDI’s 2021 Leadership Forecastreport report that he was a partner on, that showed 46% of companies who were surveyed said they believe their leadership development quality is high. This is the highest level since 2003, said Bersin.

However, 58% said they still see a need for strong skills in remote work, communication, digital business and agile organisation.

Considering future crises, Bersin said he thinks HR needs to move from being responsive to being resilient. The industry has done this successfully during the pandemic by being collaborative, agile and working in cross-functional teams, he added.

As an example, Bersin used the mass redundancies caused by the pandemic.

Nobody was ready for the mass job losses we have experienced this year, said Bersin. “There was no two-year planning process to cope with this,” he said. “We just dealt with it. People were trained quickly and were enabled to take these new roles as quickly as possible.”

Bersin concluded his talk by saying that he believes HR is now a centre of innovation and that this year proved this. “What HR has proved this year is that it can come up with new ideas, work with cross-functional teams and business stakeholders and identify and solve problems that haven’t been solved before.”

It is the uniqueness of individual HR teams that makes it such a heroic industry, said Bersin.

“In an industry and an economy where services are 80 to 90% of the value of your company, every company’s people practices are part of their business strategy,” he said. HR practices cannot be copied and applied to different companies; they have to be unique. And that’s why Bersin believes the industry is so special.