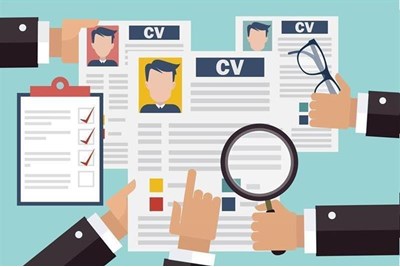 It said a short-hours working scheme would help to support jobs that are sustainable in the hardest hit sectors.

“Such a scheme would enable employers to use workforce flexibility to retain workers, which helped to support employment during the last recession,” CIPD head of public policy Ben Willmott told HR Magazine.

"But there is also a need to provide much more support for workers who do lose their jobs, for example, through a very significant further investment in the National Retraining Scheme. This would enable them to reskill or upskill and find jobs in parts of the economy that are growing.”

The CIPD commented after think tank the Institute for Public Policy Research (IPPR) warned in a new report, Rescue and recovery: Covid-19, jobs and income security, that the JRS will come to an end before economic recovery has started to take hold.

The Office for Budget Responsibility (OBR) predicted this would not be until spring 2021.

The IPPR said three million of the estimated four and a half million jobs currently being supported by the JRS may still need that support in October due to continued shortfall in demand.

It estimated that one million jobs currently being supported by the JRS could be lost permanently in the sectors most heavily affected by coronavirus so far such as hospitality, retail, entertainment, manufacturing, support services and construction.

Its findings have also estimated that two million of the jobs supported by the scheme would be viable if wage subsidiaries were extended into the new year.

The think tank has therefore proposed that government should continue to preserve viable jobs in the short-term by launching a replacement scheme running from November 2020 to March 2021.

Unlike the JRS, the suggested Coronavirus Work Sharing Scheme (CWSS) would encourage businesses to keep their employees in work rather than furloughing them, as in countries including Germany, France and Denmark.

The IPPR said the scheme would not be supporting unproductive jobs because only the hardest hit firms should be eligible for it, although in the event of a second wave or local lockdowns, any business should be able to apply for the scheme.

It added the cost of running the CWSS from November 2020 to March 2021 would be around £7.9bn, but this would need to be assessed in light of the costs of Universal Credit for newly unemployed people over the same period.

This would be a minimum of £1.5bn without further government intervention to prevent unemployment.

“As we move into the next phase of the crisis, the government should adopt a twin approach of 'rescue and recovery',” the IPPR stated in the report's conclusion.

“As well as firing up the economic recovery through large-scale investment in sustainable infrastructure and urgently needed public sector jobs, the government must continue to support jobs in the hardest hit sectors until the economic recovery takes hold, by extending and reforming its job retention scheme.”