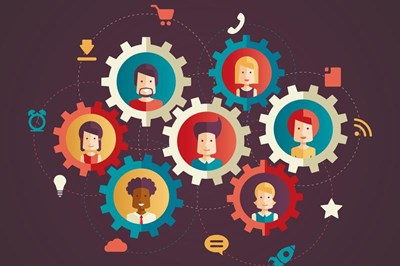 Organisations must not rely on the government to tackle the challenge of continually reskilling workers in the future world of work, but take ownership of this, according to a panel at this year’s CIPD Annual Conference and Exhibition.

Speaking during a panel session entitled ‘The future of skills and employment – identifying the needs of your workforce’, director of capability and talent entry at BT Group Steve Barratt described an organisation like his as “a society in its own right”. Which means businesses can’t “just look to government and tech innovators to solve this”.

Founder and CEO of Learnerbly Rajeeb Dey said the key is to empower employees to guide their own learning, but also curate learning materials for them. Most critical is ongoing support from the organisation, he stressed.

“It’s very easy for life to get in the way and the day job to take over. So this requires buy-in from the organisation,” he said, recommending protected time in the working week for learning, such as a few hours on a Friday. A “personal learning allowance” can work well, he added, as too can use of AI and chatbots to “coach and nudge” learners.

The panel explored how steep the challenge currently is; not just to re-equip people with new skills but also with new perceptions of self and work identity. “I need to look [in BT] at how we’re going to reshape people who have been applying the same skills for 30 years and are very comfortable doing so,” said Barratt, adding that he has no easy answers at present, and stressing the need for organisations of all types to work together on this challenge.

Also speaking on the panel was Debbie Alder, HR director general for the Department for Work and Pensions (DWP). She agreed on the benefits of a multi-sector approach to building the capability within leaders to tackle the reskilling and learning agility challenges.

In response to the question of whether all jobs will get more challenging in future – as a result of the removal of rote elements that can provide light relief from more complex tasks – Alder said organisations would need to think creatively and open-mindedly about this. “That’s where if we look only through one lens we won’t get the full picture,” she said, highlighting the huge opportunity this presents for freeing people up to work more flexibly and part time.

The panel agreed that there will be many areas where human workers and innately human skills are still valuable in the future world of work, however. Director of global thought leadership at Pearson Nathan Martin shared new research from his organisation that found certain professions you might assume would become obsolete in future actually feature skills that will be in high demand. He cited the example of librarians who have the “ability to manage information and help people through large amounts of data and facts".

Several panellists spoke of the continuing importance of customer service delivered by humans. Barratt explained that human interaction has become more important to customers as the technology provided by companies like his becomes more complex. He explained that the trick, in his view, is to empower contact centre workers for example to personalise how they each do the same job.

Alder described how AI and automation could free up work agents at the DWP, for example to concentrate on decision-making tasks rather than tasks such as manually “lifting data from one legacy system to another”.

She added the example of advances in software to aid diagnosis of eye disease as demonstrating how powerful augmenting humans with technology can be. “If you use algorithms to triage then clinicians can make sure they’re seeing cases they need to see,” she said.

Learnerbly’s Dey added that organisations providing workers with the opportunity to learn and reskill would have a critical edge over other employers in future in attracting temporary freelance talent. “The composition of the workforce is changing, with more remote and temporary workers,” he said. “So we need to prepare the workforce to work with people coming in as temps, and we need to remember to invest in these people too.

“If you want to be a talent magnet [you need to do that]. These highly-skilled people have a choice where they want to work even if they’re contractors. Talent wants to know: what are you going to do for me and how are you going to invest in me?”