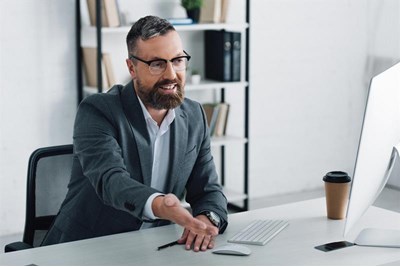 More than a third (36%) of UK employees have never had any contact with their CEO, according to research from Unit4

Unit4’s Decision-Making for the Future Business report is based on interviews with employees across the world and found UK CEOs are the most elusive of all the nations surveyed.

Fourteen per cent of UK employees feel their CEO is unapproachable, compared to a global average of 9%.

The research suggests a lack of face-to-face communication in UK businesses. Thirty-one per cent of UK respondents reported only receiving company-wide emails from their CEO and 38% would feel uncomfortable approaching senior management to complain about something in the organisation.

Mike Ettling, CEO of Unit4, described a business leader who has not once engaged with their employees as a ‘chief elusive officer’.

Ettling told HR magazine there is simply no place in today’s organisations for CEOs who don’t interact with their employees.

He said: “When CEOs are seen to be sat in an ivory tower employees will inevitably be left feeling disengaged with their organisation’s leadership. This can have a significant impact on productivity at work, business profitability and overall motivation.

“The traditional top-down business model must be left where it belongs – in the past.”

The disconnect between the shop floor and the top floor when it comes to CEO engagement was also identified in the report.

Just over half (55%) of UK managers (those defined as holding senior posts) said their CEO cares about social issues. The percentage was even lower at 41% when it came to non-managers (those on the shop floor).

UK CEOs were also described as ‘average’ when it came to putting money above all else, as 59% of managers said they were motivated by more than just money.

The research interviewed people at organisations of 10 to 999 employees in Canada, Germany, the Netherlands, Norway, Sweden, the United Kingdom and the US.