Executive leadership is as stiff as a board 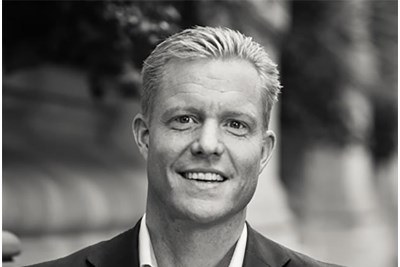 Boards are all too often traditional in attitude, rigid in outlook and restricted in vision

Business is changing fast, yet many FTSE 100 and Fortune 500 boards are stuck in a time warp. Old school, white, male, elitist, hierarchical and dogmatic, boards are all too often traditional in attitude, rigid in outlook and restricted in vision. The recipe for corporate success in the 21st century is largely behavioural and centres on openness, values and people. It is time for boards to break the mould and get in touch with their softer side.

The right behaviour starts at the very top. Lord Allen - non-executive chairman at Global Radio Group, ISS and 2 Sisters Food Group and formerly CEO at Granada and ITV - is one example of a chairman who sets the right tone, seeing his role as mentor to, rather than tormentor of, the CEO.

He emphasises the need to leverage knowledge and experience to ‘conduct the orchestra’, drive a healthy debate and co-create ideas in a mutually respectful, consensual team. He asserts that CEOs do not need to be all-knowing. Without treading on toes, the chairman’s job is to help lay down stepping stones and, through mentoring and trust, guide CEOs on their journey.

Similarly, modern CEOs need the courage to accept that they can’t excel at everything and that complementary views and skills must be pooled. One liberal-minded CEO is reputed to have taken his board to a barn for an off-site meeting and opened with the statement ‘I don’t have all the answers - that’s why you’re here’. Such humility, once deemed a weakness, can make leadership teams stronger. The entire ‘C’-suite needs to stand for ‘Consensus.’

Traditional CEOs can be one-dimensional, with a high IQ (and ego to match). These days they need to possess an equally powerful EQ (emotional), CQ (commercial) and VQ (values). Part of having a high EQ is to be a good listener. Never insulated in an ivory tower, today’s CEOs must keep open minds and seek out information and viewpoints that challenge their assumptions.

It’s not just about being seen on the shop floor, but genuinely having a finger on the pulse of the organisation and empowering staff at every level to speak their minds. The new generation CEO facilitates this by breaking down hierarchies and speaking to their driver or receptionist the same way that they speak to fellow board members or investors.

Traditional CEOs need to seek the full set of quotients when identifying successors and avoid the pitfall of ‘mirror and match’ hiring.

For the chairman, CEO and wider board, dialogue and approachability underpin success. But there must be a framework around which to communicate, a set of core values or leadership principles that direct corporate strategy. These core values must not be – as Amazon puts it – ‘just a pretty, inspirational wall hanging.' They must be meaningful, authentic and lived every day.

Financial goals remain, but are delivered via a multichannel ecosystem that revolves around the customer, with multiple checkpoints for exemplary conduct. Before, CEOs could do whatever they wanted if they got results. Now, the end result is a by-product of behaving well.


If all board decisions are aligned with core values, they are far more likely to support satisfied customers, happy employees, a thriving culture and - ultimately - sustainable profitability.

Traditionally, the chief financial officer has been the CEO’s right hand man at the helm of the company. Now, more enlightened CEOs are flanked by a new breed of CFO (with IQ, EQ, CQ and VQ to match the CEO) and the chief HR officer.

Some CEOs retain an outdated view of the ‘personnel officer’. The shrewd ones realise that HR is essentially what runs the business, that talent is not a commodity and needs to be managed, and that the strategic remit of the CHRO in navigating change is critical to ongoing success.

Inclusivity is not a social initiative

Launched in November 2016, the Hampton-Alexander Review is setting a new FTSE 100 target for a third of executive leadership roles to be occupied by women by 2020. This is a laudable initiative, yet today’s leaders should instinctively appreciate the commercial value derived both from gender and ethnic diversity.

Boards risk stifling business performance if they do not embrace diversity. Every board should be a cross-section of the rest of the company, which in turn should match demographics, mindsets and life experiences to the company’s customers, suppliers, employees and shareholders.

If the world’s biggest companies are to sustain success, it is time for real change at the top. Stuffy, autocratic boards should be consigned to history. Boards that fail to adopt a more collaborative, values-driven leadership style, risk becoming less competitive, less innovative, and less attractive to scarce talent. Those that resist change will see performance suffer. Come the AGM, they may need to swap their usual attire for a flak jacket.