How can business earn society's trust? 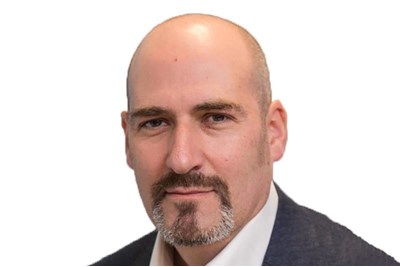 Trust in institutions often seems like a fuzzy concept. But without it growth and prosperity collapse. Untrustworthy banks deter savings and investment. When officials are suspected of feathering their nests, citizens stop paying their taxes. If the finance ministry prints too much money the currency is devalued. It takes decades or even centuries to build trust in institutions, and it can break down suddenly and with dangerous consequences.


These principles apply to companies too. When we buy a tin of beans we are trusting the brand of both the manufacturer and retailer. Would you consume that same product sold in an unmarked container at a pop-up stall in a different country? When companies (or governments) play fast and loose with hard-earned trust they are risking more than a bit of bad publicity.

How do companies redress that sense of general mistrust? According to Alison Cottrell, CEO of the Banking Standards Board, they need to focus on "honesty, reliability and competence". But others argue that companies must go further; establishing a social purpose beyond their commercial interests.

Some management thinkers have pushed a similar line. In 2011 Harvard Business School’s Michael Porter theorised that 'companies are widely thought to be prospering at the expense of their communities. Trust in business has fallen to new lows’. He advocated a concept of ‘shared value’ in which companies ‘generate economic value in a way that also produces value for society by addressing its challenges'.

It wasn’t an entirely new idea. Quaker-run companies such as Cadbury and Rowntree's had long placed ethics at the heart of their business ideals. During the interwar period General Electric’s president Gerard Swope believed strongly in the broader welfare of his employees, while in Europe shoemaker Bata was building a company town with free housing, hospitals and education for its workers and their families. Today Unilever’s CEO Paul Polman carries the torch, insisting that investors buy into a "long-term value-creation model that is equitable, shared, and sustainable".

But is a heightened sense of social responsibility the way companies can regenerate trust? Who sets the social goals and decides which projects would achieve them? Well-meaning social investments can have unintended consequences, for example trapping poor communities in a dependent relationship. Corporate charity is often superficial, amounting to little more than a PR exercise at best, and at worst a means to compensate for ‘bad’ behaviour elsewhere.

Even companies that act with the highest levels of integrity inevitably face unavoidable trade-offs. A major foreign investor that raises local wages sucks talent away from local firms. A big investment might crowd out the supply of finance for other enterprises. Reshoring jobs may satisfy trade unions in the home market but poorer foreign workers also have a moral claim to a job.

One answer lies in calculating the net social impact, both good and bad, of a company’s business operations. They might then find many reasons to celebrate. Recently a board member of an international FMCG company found himself apologising to an audience of NGOs, government officials and journalists... not for any specific transgression but just for being a big corporation.

He might instead have referred to the quarter of a million workers that the company employs globally (and the families that depend on them), the local suppliers trained to international standards, the taxes paid that fund government spending, or the arts and sports teams that the company sponsors, to say nothing of the millions of customers who choose to spend their hard-earned cash on its products. And that’s before counting the pensioners who live off the company’s dividends. He might then have enquired who in the audience could match that for positive social impact.

There are many unconscionable acts of corporate negligence, greed and poor leadership that must be addressed before the rot sets in. But companies shouldn’t lose perspective of the enormous benefits they provide consumers and citizens worldwide. None of this is inevitable, and shouldn’t be taken for granted. Telling that story would go a long way to earning the trust companies fear they may have lost.

It is possible to measure the levels of trust in organisations. Our research shows that the average UK organisation has relatively low levels of trust at just 66%, whereas in best-in-class organisations which recognise the importance of trust and proactively work to build and protect it, the levels are around 85%. Trust is a key driver of engagement so it's no surprise to learn that average companies have engagement levels of just 60% compared to 87% at best in class organisations such as the UK's Best Workplaces. The measurement takes into account factors such as the organisation's standing in the community and its values and ethics - it goes without saying trust starts at the top,