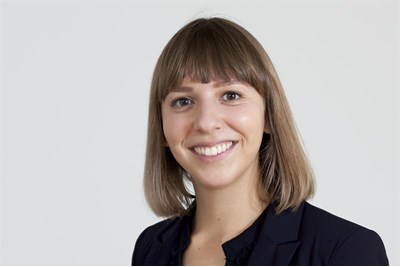 While some accents relate to race (a protected characteristic), within the UK there are large regional variations. Should these also be protected?

The comments made by Fiona Hill, a Geordie who testified before the US impeachment inquiry into Donald Trump on 21 November 2019, reverberated in the media.

Hill, who emigrated from the UK to the US in the 1980s, suggested that had she stayed in the UK the fact that she has a “very distinctive working-class” Northern accent would have impeded her professional advancement.

The same week Queen Mary University of London (QMUL) published a study into the way people judge accents and found that attitudes have hardly changed from 50 years ago.

A posh accent is seen as an indicator of higher social class, better education and higher intelligence.

Arguably, the closest ‘protected characteristic’ to accent would be race or nationality, but while that would cover individuals of different ethnic or national origin it does not cover people with different accents from within the UK itself.

Being Welsh, Scottish or Northern Irish may attract some protection – but being Geordie or Cockney will not.

The ACAS guidance on equality and discrimination at work states that the protected characteristic of race does not cover more ‘local’ or ‘regional’ distinctions, and gives the example of an employee working in the south of England who feels they are being treated unfairly solely because they are ‘Geordie’ as being unlikely to succeed in a claim of race discrimination.

This would equally apply to someone being denied a workplace opportunity for sounding like they come from a 'working class'.

But if accent is not protected by the race discrimination provisions could it be a standalone protected characteristic?

The term ‘protected characteristic’ is not defined, but the core idea behind it is that it allows for the protection of a group of individuals by reference to a uniting characteristic which, as Lady Hale commented in a House of Lords case in 2006, is either immutable or so fundamental to human dignity that a person should not be compelled to change it. Most would accept that accent goes to the core of a person’s identity.

No-one should have to change it and in most cases it would be impossible to do so. There is therefore no reason why accent should not be protected.

When judging people based on an accent often the bias is unconscious. Where the bias is on the basis of a protected characteristic it can be discriminatory.

It can demonstrate itself in recruitment when, for example, the applicant has not been progressed to the next stage after a telephone interview because of assumptions made about their race based on their accent.

A way of tackling accent discrimination is to acknowledge any unconscious bias and offer training to staff, especially those who sit on recruitment or promotion panels.

The overall aim for employers should be to make workplaces more inclusive even if the protection does not currently exist in law.

One saving grace of the QMUL study was that younger participants did not seem to judge accents differently at all, which suggests that attitudes are changing.

By contrast, those above the age of 40 judged speakers with a working-class London accent to be less competent and less hireable, even though all candidates gave exactly the same responses.

Hill was not accepted by Oxford, but later went to study at Harvard followed by a prestigious career.

Overcoming bias is important if an employer does not want to miss out on talent and a number of studies have shown that having a diverse workforce has known benefits for businesses.

Aleksandra Traczyk is a solicitor at Winckworth Sherwood

Accent discrimination"??? You're really going to go there? Just look at everyone mocking Donald Trump. Maybe he should start suing them based on accent discrimination? Why does EVERYTHING have to be some kind of prejudice? Can't people just make fun of people? Hell, I think I might have a legal case against well, every damn company that didn't hire me. Let's sue them on the grounds of "tattooism", long-hairism and Not-Enough-Experiencism. What about those people who wouldn't sell me a car or give me a loan, can we sue them for Bad-Creditism? My boss only hires people who use iPhones. He thinks Androids are for morons. What do you call that, Droidism? What about employers that don't hire stupid people, is that stupidism? And if you think I'm prejudice against SJW's and all their bogus Isms, guess what? I'M GUILTY AS CHARGED. Nobody cares about "accent discrimination" except legal blogs and SJW's. Here in the real world, people make fun of people's accents like when we impersonate the foreign convenience store owner ("Thank you come again!"). Bosses aren't stupid, they got to be bosses because they're a cut above the rest and THEY ALL KNOW that Indian people don't come here to own Quick-E-Marts, they come here to become DOCTORS! Let me guess, assuming foreigners are smart because they speak multiple languages is also a form of prejudice? Don't police forces discriminate against smart people? Is there no end to this absurdity?

I think this is indeed guilty as charged. After such a well written article, the comment is just an absurd rant.

Seeing "Bosses aren't stupid, they got to be bosses because they're a cut above the rest" is one of the funniest things I've read and shows a huge lack of understanding of the history of how and why people have become bosses (including instances of discrimination). It's even funnier when you add it to "My boss only hires people who use iPhones. He thinks Androids are for morons" - yeah, this person sounds like a real 'cut above the rest'.

Being a Northumbrian working in London for over 20 years, I get accent discrimination on a regular basis, it might be a joke at the start, but when you hear it regularly and I believe stops career progression, it's no longer a laughing matter.