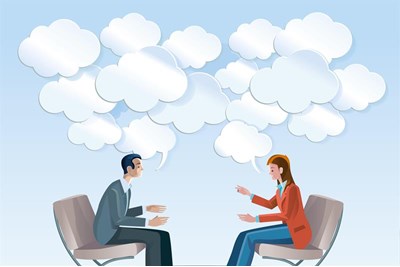 This is a well balanced article. I am a foreign national and though I can have a joke about accents on an informal basis when my manager instructed their team of 15 to speak in my accent for the day ...

Even when speaking the same language, subtle differences in speaking styles can have persistent effects

Managing a multicultural and international workplace requires the ability to work across cultural and linguistic differences. These differences can have unperceived effects that affect both organisational outcomes and individual careers.

Recent research suggests that the way we speak has an impact on workplace dynamics, including the positive regard that workers and managers give each other, and that it forms the basis for a positive organisational environment. Specifically, speaking with a non-native accent can generate often subtle forms of discrimination that are picked up upon by speakers, affecting their work practices and creating a negative feedback cycle. While some accents may legitimately impede clear communication or reflect proficiency difficulties, others can have negative effects even when they are unrelated to the employees’ capacity to carry out their work. This is because accents can constitute a largely overlooked form of workplace 'stigma'.

While workplace stigma based on social categories such as gender, ethnicity or national background have received a great amount of attention, language-related stigma has received less focus. Further, studies examining language effects on work have focused largely on proficiency. This makes sense; work requires the ability to communicate clearly and lack of fluency can create a variety of workplace difficulties. But the focus on accents is particularly interesting because of its distinction from proficiency – speakers can have very high proficiency or fluency and still speak with a non-native accent. Yet why would accent make a difference in the workplace, if it is not a question of communication?

Using the lens of stigma, research suggests that non-native accents can create a 'cycle of stigma' by marking speakers as different from those around them, ultimately leading to negative social and workplace outcomes. Marking non-native speakers as different, regardless of their actual job capacities, can lead to underestimations of their performance, lack of positive regard or trust, and allocation to tasks that are too easy for the capacities of the employee. This lack of challenge can reduce opportunities for job skills development and, in the long run, affect career prospects. Furthermore, the lack of positive regard and trust, once perceived by non-native speakers, can affect their own likelihood of engaging in dialogue, challenging managerial decisions, or offering new ideas at work. Such behaviours can also, in the long run, have career effects, as well as negative effects on the organisation. In short, a negative feedback cycle between low trust, lack of job challenges and subsequent engagement can lead to a vicious circle where both employees and the organisation stand to lose.

However, not all non-native accent effects are negative. Research suggests that accent-related effects are highly context-dependent, meaning that the kinds of associations activated by accents vary greatly based on where the accent is from, and how the hearers associate the accent with job – and person – related characteristics. Non-native accents can be associated with prestige, expertise, or local knowledge, which could increase credibility in some fields – a French or Italian accent in the fashion industry, for example. However, if the accent signals outsider status it could bring on some of the negative effects of stigma even if it is associated with forms of expertise. In short, language is closely related to power and identity, and accent can unwittingly trigger expectations about who one is and is not, and what one can or cannot do.

Given the potential negative effects of accent-related stigma, organisations should take steps to ensure a positive work environment when it comes to language-related issues. Managers can weigh both spoken and written forms of job communication equally. Similarly, employees can supplement spoken with written communication, for example summarising meeting points in a written email or clarifying opinions in writing. Managers can also support job-crafting initiatives in which workers are able to direct their own job activities and choose their preferred forms of communication. More generally, however, managers should be aware of, and make their employees aware of, the often unconscious biases that play out around accents.

This is a well balanced article. I am a foreign national and though I can have a joke about accents on an informal basis when my manager instructed their team of 15 to speak in my accent for the day I felt that he did not take me or my capabilities seriously. To top it off he was a HR Business Partner in a large organisation.