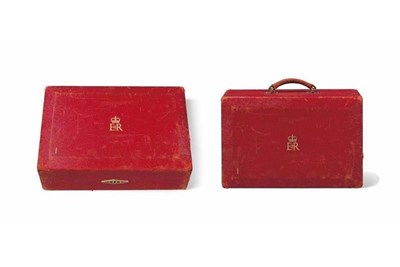 Philip Hammond announced an extension of IR35 to the private sector, apprenticeship levy relief for small firms, and investment in mental health services

IR35 tax rules will be extended from the public sector to include private sector firms, but these changes will be delayed until April 2020 and will “only apply to large and medium-sized businesses", chancellor Philip Hammond announced in his Autumn Budget.

“IR35 is designed to ensure fairness so that individuals working side-by-side in similar roles for the same employer pay the same taxes,” said Hammond. He added that, having rolled the rules out for public sector organisations, “widespread non-compliance also exists in private [companies]”, so it is time to apply the same rules to this sector.

Delaying these changes and limiting the scope of the private sector firms affected has drawn mixed responses.

Victoria Roythorne, head of compliance and contractor care at Outsource UK, said the decision “has really only raised more questions”.

“While it’s good that the government has listened to the consultation responses and has given businesses time to prepare for this change, the fact the law will only be applicable to large and medium firms makes little sense. For a start, what size bandings will differentiate a small or medium firm?” she said.

“Hammond said that 'IR35 was designed to ensure fairness', but surely applying complicated legislation to only medium and large-sized businesses doesn’t create a level playing field?”

Roythorne added that the “most important [thing] is compliance”.

“Firms need to get on board with the changes otherwise they risk not only a financial hit but losing out on the best talent too. This legislation definitely does not mean that businesses can’t use contractor resource. It does mean that they must be aware of what the changes mean, so that when they do tap into the UK’s talented flexible worker pool all parties get the best, most compliant outcome,” she said.

“IR35 is designed to ensure fairness so that individuals working side-by-side in similar roles for the same employer pay the same taxes". So, if it is designed to ensure fairness, surely these individuals should also receive the same benefits as the individual employed to do the same role - e.g. paid holidays, paid sick days, pension plan, redundancy when he is fired, etc.? Mr Chancellor, if you want it to be fair you have to have it both ways. This is just a tax grab pure and simple and you must have a really low opinion of freelancers if you think anyone will believe this.

I run an Accountants and I can say without hesitation that our IR35 clients who are highly skilled will simply flock to work for smaller size companies to avoid the proposed mayhem and uncertainty that the Chancellors vague announcement will cause. Clarification please Mr Hammond !!