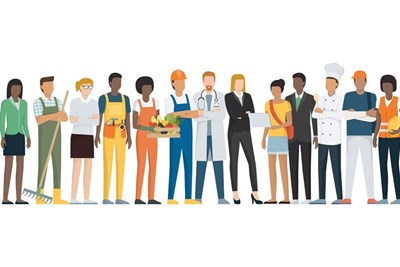 Workers will be given greater protections as a result of the formation of new body according to the government, but details remain unclear

A consultation on a new single labour market enforcement body has been launched by business, energy and industrial strategy secretary Greg Clark.

The aim would be to make it easier for employees to seek assistance and information on their rights, as well as offering businesses support on complying with employment law.

Under the proposals the body will have powers to enforce the minimum wage and holiday pay, tackle labour exploitation and modern slavery, and oversee the safeguarding of agency workers.

The consultation will also look at whether the body should enforce rules on harassment and workplace bullying. It will be open for 12 weeks.

Clark also confirmed that Matthew Taylor, chief executive of the Royal Society for the Encouragement of Arts, Manufactures and Commerce, has been appointed as the interim director of Labour Market Enforcement.

The introduction of the body is the most recent move in the government’s Good Work Plan, formed in response to the Taylor Review, which focused on a need for a better quality of work, especially for vulnerable workers and those in the gig economy.

Clark said that he hoped the move will benefit both workers and organisations in upholding the law and protecting workers. “We have a labour market that we can be proud of with more people in work than ever. But it’s right that hard-working people see their rights upgraded and are protected from exploitative practices, while ensuring we create a level playing field for the vast majority of businesses who comply with employment laws," he said.

Susan Clews, chief executive of Acas, welcomed the opportunity to respond to the consultation over the new body: “There’s a recognition by the government that most businesses are following the law on workplace rights but that more needs to be done to help protect the most vulnerable from being exploited," she said. "Vulnerable workers are entitled to be treated fairly at work in accordance with the law. A strong enforcement arrangement can help ensure this happens by dealing with any abuse of these rights."

However, several details on the Labour Market Enforcement Body consultation currently remain unclear. Speaking to HR magazine, head of public policy at the CIPD Ben Willmott said that further clarification on the proposals is still needed. “There are still a lot of questions surrounding this. There is huge scope for an enforcement body, and we know that HRMC and the Gangmasters and Labour Abuse Authority will both play an important role here, but that’s about as far as it goes,” he said.

“The Equality and Human Rights Commission should also be part of this; to ensure that issues such as harassment and stress are covered as we know these are some of the biggest risks to job quality. There is also a question over whether this needs to be wider. We’re unclear about how much funding will be behind it, and while the focus on compliance with the law is extremely welcome, as we know that small businesses without a people function may particularly struggle in this area, there needs to be an adequate amount of investment.”

Wilmott added that the CIPD will be working closely with its members on the proposals as a new prime minister is appointed next week: “The CIPD will do an in depth consultation with members. The issue of enforcement is crucial, and we will do everything we can to ensure that the issue of job quality remains a priority and the people agenda is maintained as we see a change in leadership over the Summer.”

TUC general secretary Frances O’Grady criticised the proposals: “We desperately need government action to tackle the widespread abuse of workers' rights, such as chasing down £3 billion in unpaid holiday pay that’s owed to workers," she said.

“But this proposal is a distraction. It risks tying up enforcers in a long merger process while rogue employers are let off the hook. The existing enforcement bodies need to be given a cash boost and further powers so that they can effectively stamp out abuse in the labour market.”