Workers prefer Mondays and Fridays off to traditional two-day weekend 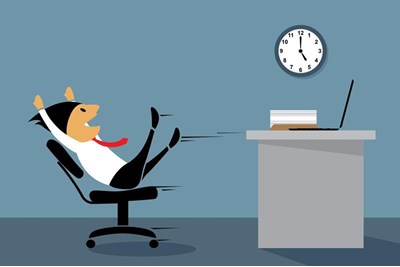 ​Split days off and early starts have proved to be the most popular choices for a flexible working lifestyle according to new research.

In a survey from business consultancy Rovva, the majority of respondents said they would be in favour of spreading their two days off per week throughout a seven-day period instead of having them back-to-back.

Mondays and Fridays were the days most said they would prefer to have off rather than Saturday and Sunday, with 43% picking Monday and 48% picking Friday.

In HR, Monday was favoured by 67% and Tuesday was the second most popular choice selected by 56% of respondents.

Though plans are now being made to gradually welcome people back to the office, other surveys have shown that the majority of HR professionals expect to encourage more flexible working, at least in the interim.

At Rovva, commercial director Andy de Wet Steyn said the company has always had a homeworking policy for some employees, though lockdown offered other departments the opportunity to go remote.

Speaking to HR magazine he said: ”Although we have just recently moved to a new office we are not rushing people back into the office and are leaving it as a personal choice at present as to whether they continue to work remotely or from the office."

Chief people officer Rick Kershaw told HR magazine “Four months ago, we asked people to work from home because their health and safety was our number one concern – and that hasn’t changed.

“While there’s a sense of optimism in the air, we’re cautious about asking employees to do anything that may put their health at risk or, just as importantly, make them feel uncomfortable.”

Sixty per cent of people nationally said they prefer to work in the morning rather than in the afternoon (24%) or evening (7%), and fitting work around what suits their lifestyle seems to be the key driver of people’s desired work pattern.

Half of people asked in the survey said a better lifestyle was their reason for their flexible work choices, with 34% arguing their flexibility makes them more productive.

Kershaw added: “Many employers worry that prolonged remote working will have a detrimental impact on organisational culture, but they need to remember that culture is so much more than four walls.

“It’s about how you celebrate success, support one-another, and how your values shine through. Creating a virtual culture just requires different tools and strategies. “