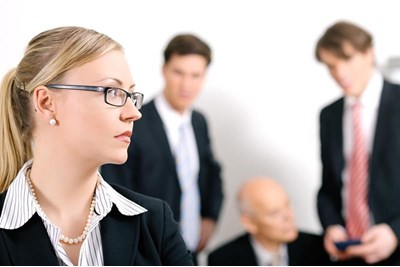 The amount of energy being 'token woman' on a board demands leads women to leave sooner, or it could be that they're being pushed experts warn

Women on FTSE 100 boards serve shorter tenures and are less likely to be promoted to senior roles, according to Cranfield University School of Management’s annual Female FTSE Board Report.

The research found that although the percentage of women on FTSE 100 boards is on track to reach 33% by 2020, the average tenure of female executive directors is only 3.3 years. This is half that of their male counterparts who on average serve 6.6 years. Female non-executive directors (NEDs) were found to serve an average of 3.8 years, compared to the five served by men.


This raises the question of if they are choosing to leave or being pushed off the board, the research stated. It also found that the number of women holding chair roles has decreased from seven to five.

This year’s report also found that just 11% of women on FTSE 100 boards are from BAME backgrounds.

“We can’t say with certainty why women serve shorter tenures on boards than their male counterparts. However, our hypothesis is that women are being appointed for symbolic motives, not for substantive reasons," Doyin Atewologun, co-author of the report and director of the Gender, Leadership and Inclusion Centre at Cranfield University, told HR magazine.

"While it’s true that there are more women on boards than ever before, we must look beyond the numbers to identify what positions women are given and how long they stay on boards.”

Sue Vinnicombe, professor of women and leadership at Cranfield University and lead author of the report, confirmed that while the progress made is encouraging some firms are still only paying lip service to this issue. “Since we started our report more than two decades ago [in 1998] we have seen the number of women on boards increase from 6.7% to 32%,” she said. “There has clearly been great progress on the numbers front but scratch beneath the surface and we suggest that some companies have simply been ticking a box."

"The real issue is the pipeline of women and the myopic view of some with regard to accelerating women into the chair role," Helen Pitcher, chairman of Advanced Boardroom Excellence, told HR magazine. "The excuse given by some chairs and headhunters is that the pool of women for this role doesn’t exist, which is clearly nonsensical given the number of female chairs of committees and the skillset – both soft and hard, but particularly soft – needed to be a chair, which women usually have in abundance."


The findings of this report "are disappointing but completely predictable", commented founder and managing director of Challenge Consultancy Femi Otitoju. "Until more strategies are adopted to facilitate [women's] active involvement and capitalise on their potential the attrition rate will continue to be a problem," she told HR magazine.


She highlighted that "when a woman is appointed to a board she often takes on two roles: that of the executive position to which she has been appointed and that of 'token woman', which can demand a tremendous amount of additional time and energy".

She explained: "As token woman she may be required to spread herself across numerous committees, mentor and sponsor other women... feature in articles about women in business... It’s no wonder women in this position feel they have given enough after a shorter timespan".

Regarding the low number of BAME women currently sitting on FTSE 100 boards, Otitoju added that women from ethnic minority backgrounds are judged against the cultural standards of boards that are frequently entirely made up of white men and "seen as unsuitable for promotion if they don’t conform".

She said: "Their very presence can be challenging and unsettling for established members, so it’s easy to see how being the only BAME woman on a board can be a lonely place that only the strongest of us can inhabit for long."


“Given that many women take career breaks to have children it is surprising that the age gap is not the other way around, and this may indicate that mature women are being overlooked for appointment to NED roles,” Vinnicombe warned.

"The point regarding whether more mature women are being overlooked is also worthy of discussion," agreed Pitcher. "The only question a journalist asked when I joined a board recently was my age..."


On the FTSE 100 48 companies have reached the target of 33% women on their boards. Kingfisher and Rightmove both have 50% female representation at board level, and Schroders is the most improved company in the top 10, with 45% women on its board (up from 27% in 2018).

Among FTSE 250 firms 88 companies have reached the target of 33% women on their boards, up from 59 last year.