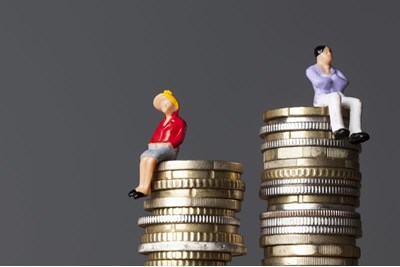 Traditionally (and currently where trade unions are recognised) there is one set of pay negotiations for all staff, and a pay rise is therefore achieved by everyone at the same rate. If an employer ...

Millions of women could be missing out on higher salaries, as 82% never negotiate their pay when applying for jobs

Slater and Gordon’s research into equal pay found that half of female workers believe they are being underpaid, yet nearly three-quarters (71%) of those said they have not challenged their employer over the issue.

Fifty per cent of women reported discussing money with their colleagues, and 27% subsequently discovered that their male peers are being paid more for a similar or lower-ranking role.

Principal lawyer in the employment team at Slater and Gordan Ruby Dinsmore said there is a split between the sexes when it comes to negotiating pay, not only when starting a new job but also once they are in employment.

The women surveyed cited fear of appearing ‘rude’ or ‘ungrateful’ as the main reasons they didn’t negotiate their pay. Twenty-one per cent said they were concerned that challenging their pay could jeopardise benefits such as maternity leave or flexible working.

Dinsmore told HR magazine that HR leaders should be doing their bit to support women in negotiating salaries.

“HR is there for the benefit of the employees as well as to ensure employers meet their legal obligations,” she said. “If an employee has concerns and either can’t resolve them with their manager, or feel more comfortable talking to HR, they should be there to help.

“Employees should set out their concerns and listen but be prepared to challenge a response they’re not satisfied with. HR is aware of equal pay rights for employees and should be guiding employers to meet these requirements,” Dinsmore added.

Slater and Gordon recommend women approach their HR manager or team and ask for the opportunity to discuss pay. It also suggested employees research the market to look at job descriptions and salary bands for reference.

The survey consisted of questioning 1,000 working women in the UK.

Traditionally (and currently where trade unions are recognised) there is one set of pay negotiations for all staff, and a pay rise is therefore achieved by everyone at the same rate. If an employer then wants to introduce a performance element that can also be negotiated and if an employee feels their duties exceed their grade, they can ask for the role to re considered for regrading. Perhaps too old fashioned for many organisations, but I would ask why so, If it satisfactorily addresses the issues set out in this article?