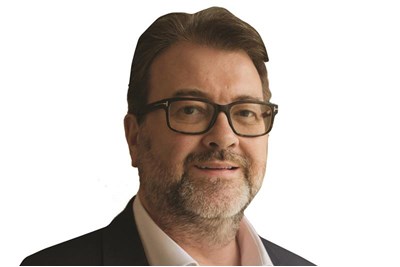 It should be liberating, while also a little bit scary, to accept that what your people need isn’t a new initiative but a new you

‘Before you attempt to put someone else’s oxygen mask on please make sure your own is securely fastened.’ You’ll have heard it dozens if not hundreds of times. It’s almost a cliché now, but nonetheless it contains a profound truth.

And yet I have coached quite a few HRDs and HR leadership teams and am afraid to say that it’s not generally advice they follow.

Over the years I have identified what I call the ‘HR Healer’s Psyche’. Almost all HR leaders display it to one degree or another; they care deeply about others, they struggle to find the time and resources to do ‘enough’ and so feel guilty, and they take on too much of other people’s pain. Do you recognise anyone you work with in this? Do you recognise yourself?

Of course not all HR leaders are like this. Some have the empathy of a brick. I worked with one FTSE 100 HRD whose team was bruised by him daily. I’ll never forget the day I was assessing someone for a key role and he summed up what he wanted me to throw light on: “Is he too f***ing French?” I’d wager you’ve known someone like that in your career too.

But thankfully most HR professionals are not like him and are desperately trying to do their best to help the people they feel responsible for.

But, and this was the point of quoting the aeroplane tannoy announcement, you can’t do that if your own sense of wellbeing is compromised. Hence the need to step back and create space. How to do that is beyond the scope of a short column, but I want to pick out one thing that will seem counterintuitive and even a little shocking. It is something that I have said to almost every people leader I have ever worked with: be more selfish.

This is the brutal but necessary first step to re-orientating yourself so that you can be more help in practice. Doing this involves two radical changes.

Firstly, ruthless prioritising. By this I mean jettison all of the ‘nice to haves’. Focus on one or two big dial-changing tasks. Say no to everything else, and explain why. Give up the fantasy that you can do everything and suck up the guilt when you don’t.

Secondly, you need to toughen your boundaries – as well as not doing too much, don’t let too much in. Steel yourself against the demands and desires of others. They will always be limitless but your capacity to respond is not. So build a psychological and emotional wall with a door in it that you can open and close. And, though you will feel heartless, close it more.

It should be liberating, while also a little bit scary, to accept that what your people need isn’t a new initiative but a new you. Someone who still cares but rations their caring so it goes on the few things that they have chosen as priorities. Someone who takes the time to put their mask on first and looks after themselves so they can contribute in a way that is more powerful, resilient and sustained – so that ultimately they can make more of a difference not less.

There’s another cliché, one from thousands of years before any human ever flew: Medice, cura te ipsum (‘physician, heal thyself’). When slightly adapted it sums up my argument perfectly: HR leader, heal thyself.

Derek Draper is CEO of leadership consultancy CDP and author of Create Space: How to Manage Time and Find Focus, Productivity and Success