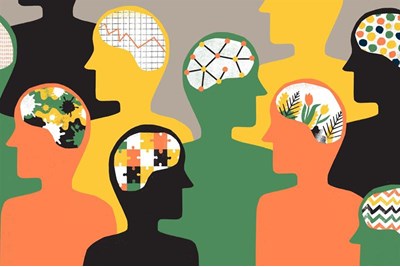 Great article! Here is a link to a presentation on the subject that may be of interest: http://orr.gov.uk/__data/assets/pdf_file/0006/19644/Neurodiversity.pdf Megan, Sten10 (www.sten10.com)

Companies are increasingly focusing on neurodiverse candidates, such as those with autism

Autistic Spectrum Condition (ASC). Not a term that rolls off the tongue easily. But big corporates such as Microsoft and SAP are increasingly used to saying it. Both are running pilot programmes to attract candidates with ASC for roles that require certain skillsets.

ASC is the name for a range of conditions that affect the way a person sees the world, processes information and interacts with people.

This is an under-employed pool of talent in the UK. Only 15% of autistic adults are in full-time employment compared with 57% of non-disabled people of working age in the UK, according to government statistics.

But that doesn’t mean people with ASC don’t have a lot to offer the workplace, says Emma Jones, employment training manager for the National Autistic Society (NAS). “They have skills such as attention to detail and are extremely loyal workers if the role is right for them. They are often able to suggest different ways of doing things.”

There appears to be an increasing appetite among employers to hire people with high-functioning autism. Neurodiversity is rising up the diversity agenda, with some forward-thinking businesses realising the benefits embracing it can bring. “Employers are coming to us and saying they want to recruit,” Jones confirms. “We are mostly being approached by organisations that have a strong data or IT aspect to the role. The reason employers are looking to recruit autistic talent in a lot of industries is that they have amazing skills. There is a massive skills shortage in certain sectors and they can fill that gap.”

Skills shortages in analytics is one of the reasons SAS specifically targeted candidates on the autism spectrum in its general internship programme last year, explains Sue Warman, its senior HR director for Northern Europe and Russia. “They have traits that are hard to source in the market, such as analytical thinking and the ability to remember large quantities of data,” she says. “If you look at the analytical space generally there is a talent crisis looming and a rapidly increasing demand for those skills. We don’t see the candidates coming through, which curtails our ability to grow. It’s an obvious space to rebalance the talent pool by bringing younger people into the company.”

Gareth Headley, director of diversity consultancy Clear Company, works with a number of employers who are recruiting people with high-functioning autism. While he warns of the danger of generalising, he adds that common themes do exist. “They are very literal in terms of interpretation of information,” he says. “Employers need to be careful about how someone could literally interpret their information, and understand the impact of the standard recruitment process on them.”

For example, flowery descriptive language about the working environment could be easily misinterpreted by someone with Aspergers. This, Headley adds, is definitely a challenge for HR. “The trick is for employers to understand the impact of their processes and procedures on people with autism.”

The recent case of a Subway store employee being awarded £15,000 in an unfair dismissal case after a judge ruled he had been dismissed as a direct consequence of being autistic throws Headley’s warning into sharp relief.

The employee was dismissed after attending a disciplinary meeting alone when the store had failed a hygiene inspection. His behaviour in the meeting led to his dismissal, despite his employer being aware of his condition. “For a person with autism to be subjected to fast-paced questioning without being given a chance to think, and maybe complicated questions, was one of the reasons it was discriminatory,” said the adviser representing him.

Employers must also consider the clarity of their message when it comes to recruiting people with ASC, advises Jones. “At the recruitment stage ambiguity is the biggest challenge for them. Employers need to ensure their recruitment process is as accessible as possible. It’s also about making sure that the hiring manager can recognise the characteristics of autism as it’s a spectrum of conditions.”

The interview phase can provide many challenges for people with autism, warns Anne Cockayne, senior lecturer in HR management at Nottingham Business School. She has extensively researched the relationship between autism and the workplace.

“Things like competency-based frameworks can have built-in discrimination to someone on the spectrum,” she explains. “For example, they can have a typical grading structure with an emphasis on team working. There is an ingrained assumption that people need good leadership and people management skills and these are areas some autistic people would struggle with more than a neuro- typical person.”

Some firms have overhauled their interview process to accommodate candidates with high-functioning autism. That’s the approach EY took in the US when it embarked on a pilot programme to recruit individuals with Asperger’s for its accounting support associate function. EY worked with training provider Specialisterne to hold an initial one-day assessment and asked selected candidates to build robots from Lego. So far four people have been hired through EY’s neurodiversity programme and the firm plans to expand to other cities in the US in 2017.

“Our neurodiversity programme leverages the special skillset often found in individuals on the autism spectrum – fluency in data analytics and technology and an intense focus and comfort with repeated processes,” says Karyn Twaronite, EY global diversity and inclusiveness officer. “This programme while small in size is big in impact, and addresses a business need while also improving the lives of those whose unique talents are often under-utilised.”

Once accepted into a role the induction process for someone with autism is critical. “Before they start in their role that individual can identify where it would be better to sit in terms of the sensory environment,” Jones says. “The autistic individual might like to know when the breaks are and what the rules of the workplace kitchen are.”

Many of the challenges that manifest in the workplace for people with high-functioning autism often only require simple low-cost solutions, points out Headley. “These adjustments are often easily identifiable and enable the individual to perform better,” he explains. “It’s so important for HR that they get those adjustments in place. Where they do this it can show a direct business benefit where employers keep people for longer and get the most out of them in training.”

Line managers are a key component in ensuring a smooth transition for autistic employees into the workplace, according to Daniel Wiles, disability consultant for the Business Disability Forum. “It’s vital that line managers are trained to identify barriers for the autistic employee and make adjustments in the workplace. It’s important that HR ensures line managers are trained to do this. For example, what changes do you need to make in the working environment? Is it better to communicate in an alternative format?”

Wiles recommends employers give work trials to candidates with autism as an alternative to the traditional interview process. “It’s a different format to an interview. Autistic candidates get used to the workplace and they can be assessed on their ability to do the job rather than how well they can tell someone how they can do the job.”

There are clear business benefits for firms employing neurodiverse employees, says Jones: “It’s anecdotal but we’ve found that lots of organisations find their productivity increases if an autistic person is in the right role.” It can also have a positive impact on retention, she adds: “The cost of replacing someone in an entry-level job is quite high, whereas if an autistic person is in the correct role and the induction is right then you’ve got a member of staff for a long time.”

But it’s not just the employer who gains from employing people with autism. As Wiles says: “For the employee it’s about having a role and being part of society.”

Great article! Here is a link to a presentation on the subject that may be of interest: http://orr.gov.uk/__data/assets/pdf_file/0006/19644/Neurodiversity.pdf Megan, Sten10 (www.sten10.com)

A really helpful perspective, thanks! As someone who designs job evaluation and grading systems, I've always considered it essential to have different ways to reach higher grades, and this is a a really practical example of why that's important.

Great presentation and very insightful information, really helpful for Talent Managent and Diversity and Inclusion strategies. Thank you for sharing the link.