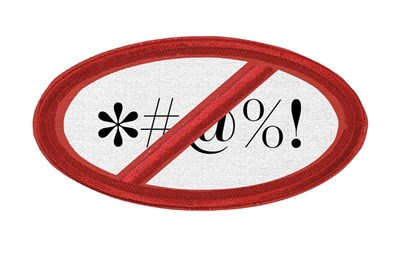 You've misread Trump, he's certainly Narcissistic, but not a psychopath. This article is not balanced, it is wrong to label Trump as a psychopath, when Hillary Clinton was a well known psychopath. ...

Psychopathic bosses are alarmingly common, but luckily there are ways of dealing with them

This month Donald Trump was inaugurated as the 45th president of the United States, a turn of events that still has many blinking in shock. For those still adamantly opposed to Trump’s ascendancy there’s yet another unpalatable fact they may not want to digest.

But Trump is in good company. Recent research by psychologists at Australia’s Bond University, conducted among 261 senior leaders working in US supply chain management, found that 21% demonstrated clinically significant levels of psychopathic traits. This figure compares with around just 1% of the wider population.

Many in HR may not find this that surprising. The higher prevalence of destructive, ruthless and risk-taking behaviours among leaders has been well-documented over the years, not least in relation to the financial crisis. And managing such behaviours is something a fair few HRDs will be no stranger to.

More surprising, perhaps, will be the claim from some that psychopathic qualities are not always inherently a bad thing. Being a CEO requires ambition, tenacity, determination, risk-taking and having a positive view of yourself and your abilities, points out leadership specialist at Monkey Puzzle Training Karen Meager, which are “all more natural if you have psychopathic wiring, or else self-doubt gets in the way”.

While psychopathic CEOs will not be appropriate for all environments – and can cause a lot of damage – they may be right for some, she adds. These include fast-moving, high-risk commercial cultures such as financial services or organisations that require someone to take them through a major restructure.

But in more stable people-centric operations such individuals are likely to wreak havoc. Suzanne Ross, senior lecturer at Nottingham Trent University’s business school, explains: “People with psychopathic traits are generally very charismatic and have lots of energy, vision and confidence, but there’s a piece missing for them, and that piece is empathy. You could almost feel sorry for them as it’s just how their brain functions – apart from the fact they leave a trail of destruction behind them.”

The upshot is that the business is likely to start haemorrhaging talent, particularly at the senior manager level as they will be directly affected by the CEO’s inability to relate effectively to others.

C-J Green, group chief people officer at facilities management services provider Servest, explains: “If you’ve got toxicity at senior levels it makes it more challenging to have a positive culture as that kind of behaviour reverberates around the organisation. People often unite against the toxic executive, but it can cause quite large ripple effects and is a huge distraction.”

One possible way of minimising the impact is to create a strong team around the boss, not least to deal with people issues and put out fires. As Meager points out: “If it’s framed in such a way that it’ll make the CEO’s life easier, for example ‘they’ll take over the stuff you can’t be bothered with so you can focus on the things you love doing’, they’ll sign up to almost anything.”

But the real danger comes if such leaders are surrounded by ‘yes men’ that cannot or do not challenge them. While doing so yourself may sound scary, it boils down to how you present difficult issues and, just as importantly, possible solutions.

Servest’s Green explains: “If you can master managing upwards life becomes so much easier. People are afraid to tell CEOs the bad stuff because they’re scared of the repercussions, but some people are simply not aware of how they come across. So if you point out ‘this is what you’re doing and this is the impact’ it can make a big difference.”

While bosses who are true psychopaths will not care if their behaviour is having negative repercussions on others, being clear about the negative consequences in business performance terms will make a difference because it reflects on them and taps into their likely narcissism.

“Psychopaths hate drawn-out processes so if they decide they want to fire people don’t say ‘that’s not fair’,” says Meager. “Say ‘those people aspects won’t go away and they’ll lead to legal issues, which will cause you a lot of hassle; so it’s better to stick to the rules’.”

As with any boss, the most successful way of handling such individuals is to think about what they need from you – which will not be how you feel about x or how well you have collaborated on y. Instead it will be about talking the language of results, facts and deliverables and spelling out in clear business terms the prizes that are to be gained or the pain that will be suffered if a given action is taken.

Tressandra Henderson, an independent HR consultant who was until recently group HR director at advertising agency TBWA UK, says providing monthly metrics around issues such as retention can prove useful.

But she also advocates introducing learning and development programmes, such as TBWA’s Be the Best You initiative, to open up dialogue. This approach involved the entire company undertaking Myers Briggs questionnaires, which “gave us a platform to speak in a new language and talk about why someone might behave in certain ways and what the impact was,” Henderson says. It also made it easier to raise specific issues with senior managers, which could then be worked on with the help of an executive coach.

Elizabeth Burnell, former HR policy consultant at design, engineering and management consultancy Atkins, says it can be about finding that one person the leader will listen to: “If someone is a complete megalomaniac they’re not going to listen. But most people aren’t like that so if you can find the right person – someone they respect – they might be able to get the message across, perhaps in an informal context by going for a drink or whatever.”

Nonetheless, Henderson believes the days of the psychopathic boss are numbered, not least because millennials may increasingly refuse to put up with such behaviour.

“They want to work with purpose and instant gratification; if they don’t like a situation they’ll just move on,” she says. “We’ll see companies having to explain what they’re doing more, and HR will have to move with the times – we won’t be able to just stand back and let things happen.”

A really interesting read and I have worked with some psychopathic bosses over the years. Introducing a learning and development programme using MBTI is something that I am doing with an entire company and it is giving them a language to understand each other, particularly the more challenging peers and leaders. Many thanks Karen

You've misread Trump, he's certainly Narcissistic, but not a psychopath. This article is not balanced, it is wrong to label Trump as a psychopath, when Hillary Clinton was a well known psychopath. And you don't have to look far to find evidence: 'Hillary's lying is the behaviour of a sociopath' http://www.washingtontimes.com/news/2016/jul/19/hillary-clintons-lying-is-the-behavior-of-a-sociop/ 'Bill Clinton’s Fanciful Speech About Hillary Shows Shared Sociopathy' http://www.thedailybell.com/uncategorized/bill-clintons-fanciful-speech-about-hillary-shows-shared-sociopathy/ 'Hillary Clinton has a “Jekyll and Hyde” personality and is temperamentally unfit for holding the office of President of the United States, according to a scathing exposé written by an Ex-Secret Service agent who worked for the first family during the Clinton presidency in the 1990s.' Gary Byrne's published a book with allegations of mistreatment of Secret Service personnel by Hillary Clinton. http://pagesix.com/2016/06/05/tell-all-book-reveals-hillarys-erratic-uncontrollable-ways-in-the-white-house/