We all have different personas, but continuity of character is important for engagement and trust

One of my sons, fresh out of university, has just started his first full-time job. His ‘whole self’ in its current state is lazy, messy and frenzied. Taking all of himself to work at this point is, I think, the last thing he needs to do.

So why do we so often talk about the importance of 'bringing your whole self to work'? And what is valuable about it?

A recurring finding in employee surveys of large organisations is the number of disengaged people saying that they live a “divided life”. A survey by Deloitte in 2015 reported that only 23% of employees felt engaged at work. Earlier this year the Banking Standards Board stated that 13% of bankers said it was difficult to progress in their career without “flexing their ethical standards”. This disconnection between people and their jobs represents a great loss of human and organisational potential.

Some workplaces have constraining behavioural norms. Perhaps the culture might encourage us to act in a way that feels uncomfortable, or to silently collude in practices because we feel we cannot call them out. So while it might be best that some people leave their chaotic personal lives at the door, to be expected to hang up our basic human values and principles with our coats is clearly not OK. This emerging idea of leading a “divided life” captures something important about what is at stake.

Part of the problem with this idea of the ‘whole person’ is that we are all slightly different people when we are with our family, friends, while pursuing our favourite hobby, or when we’re in the workplace. I recall the shock I experienced the first time I saw my father in this context.

He ran a business that employed about 25 people and, when I was 18, I spent a few months working for him one summer. His predisposition at home was mild, relaxed and easy-going. When I entered his office I met someone else. This someone was not in complete conflict with the Dad that I knew, but he did demonstrate a firmness and clarity, a brisk efficiency, and a sense of deference and respect from his staff. It was completely different from the way that we related to him as children. Now that’s not to say that my father had one set of values at home and another at work – it was just that the change in role and environment brought out aspects of his character that were hidden at home.

Continuity of character is important. If people adopt personas or ways of being that are radically contrasting in different contexts everyone begins to wonder who the real person is, and whether they can be trusted. Maybe this is a key to why we think the idea of the 'whole person at work' matters.

Accepting that we all have different personas at work and elsewhere, there are still two important dimensions to consider when thinking about the ‘whole self’.

The first is potentially the reason inclusion in the workplace is increasingly being recognised as fundamental to organisational culture. We each have character traits that are essential parts of who we are – traits that need recognition, or at least acceptance, if we are to feel we can be ourselves. Whether this is about gender, race, sexuality, faith, age, political orientation or anything else, there are defining features for many of us that we want other people to be aware of and OK with.

A second factor is that to be a human being is to be a work in progress. Research shows that as people we all seek things beyond money, status and power. If possible people look for autonomy, mastery and meaning in what they do. A person therefore will fully commit themselves to a job where they feel valued and respected; where others believe in their potential.

If understood in this way, bringing your ‘whole self’ to work is about bringing a work in progress (the person we want to become) into the workplace. The experiences and relationships we have are subtly and continuously shaping and changing us, forming or deforming us by their impact. Our whole self is constantly shifting as we learn and respond. In effect, bringing our whole selves to work is actually about creating cultures and environments that allow relationships to flourish. Because, when at their best, those relationships will be what encourage us to realise our latent potential.

Charles Wookey is CEO of A Blueprint for Better Business

Authenticity is being your best authentic professional self 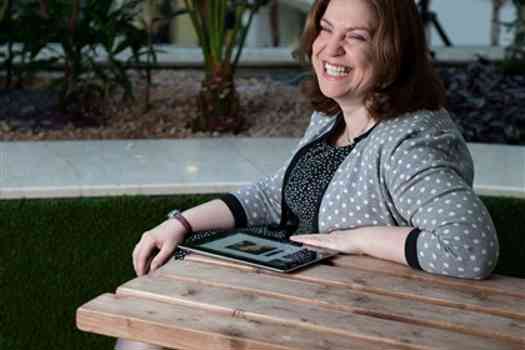 Is your recruitment process good, bad or ugly?