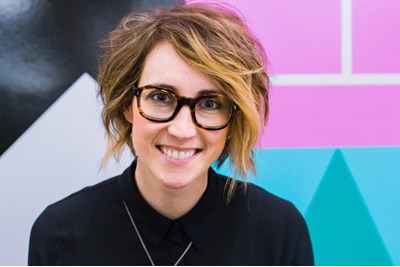 Regrettably many managers don’t know how to give feedback, or even what good feedback looks like. Unstructured approaches to employee feedback allow bias to creep in because, without agreed-upon criteria, people will redefine the criteria for success in their own image. Our unconscious bias clouds our ability to make objective decisions around performance.

Despite these subtle biases it is possible to eliminate bias against women in the appraisal process.

Step one: Commit to an inclusive employee culture

With the employee feedback system under growing scrutiny and with under-represented groups making up proportionately more of today’s workforce, every company’s leaders must work towards a more inclusive workplace where all genders have been listened to.

Whether your organisation has announced its intention to gain more systematic employee feedback, or it has initiated a staff survey on gender bias, or it may have already crunched the numbers to shape and define its diversity and inclusion priorities and initiatives, the data shows that there’s more work to do.

You might be thinking that there is nothing new in leaders calling for inclusivity but it’s telling that even now only 54% of women believe their views are included in the decision-making process at their company, compared to 69% of men, according to responses from 25,000 people in more than 200 companies.

Step two: Fill in the blanks

Managers or colleagues are more likely to rely on gender, race and other stereotypes when making decisions. Instead they need to construct employee assessments using agreed-upon processes and criteria and then apply them consistently across the workforce.

Managers and raters need a structured review format that lets them fill in the blanks. And companies also need to nudge managers into talking about specific situations, behaviours and impacts rather than focusing on personality or style.

In a US study of recruiting senior police officers academics found that if the organisation’s 'raters' were asked to commit to hiring criteria before rating applicants gender bias in the process was eliminated. The learning here is that more specific feedback leads to better people processes.

Step three: Design a performance process that mitigates bias while training your staff on conducting reviews and feedback

An organisation’s commitment to removing bias should start at a structural level, while being cemented by delivering training on conducting effective reviews and feedback with colleagues. The systems in place are the foundation of what works to curb bias.

Recently the CEO of a UK services company wanted to boost his workforce’s diversity as one of the foundations for delivering greater long-term innovation.

He led the design and delivery of a programme of initiatives to combat gender bias – activities that have improved diversity at the company as well as dealing with its gender pay gap. Effective change was achieved through a focus on both strategic goals and tactical changes.

Our futures in an organisation are intersectional and the employee experience will rarely be equal. So addressing bias in the way that we give feedback is crucial for companies to create an inclusive culture.

Companies that truly commit to gaining staff feedback, structuring their feedback systems to fill in the blanks, and boosting colleagues' reviewing skills can help create equal cultures and reduce gender inequality at work.